Thanksgiving is celebrated in Canada on the second Monday in October and the U.S. celebrates it on the third Thursday in November. Here are a group of Thanksgiving postcards that were specifically meant for the American market. 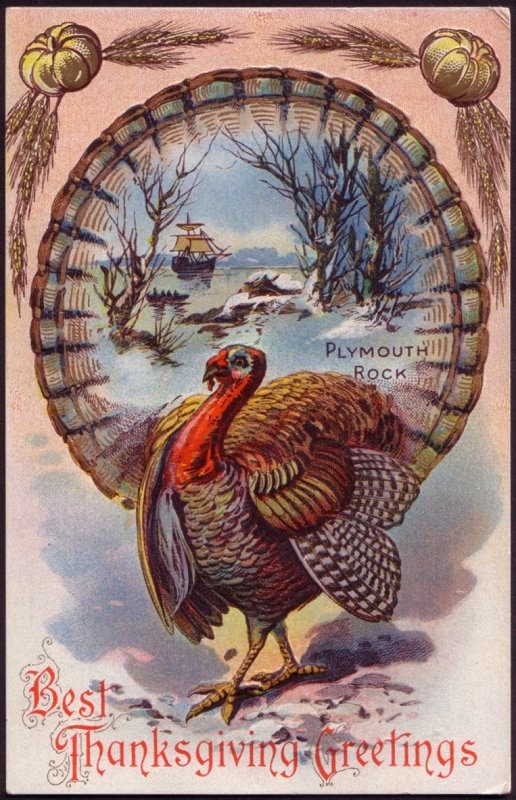 This turkey's tail becomes the frame for a painting of the landing of the pilgrims at Plymouth Rock. 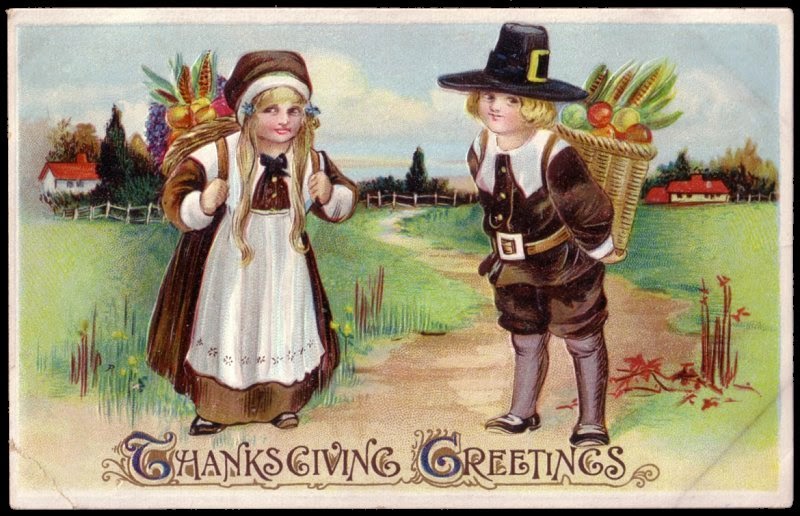 A cute Pilgrim boy and girl carry baskets laden with the bounty of field and garden. 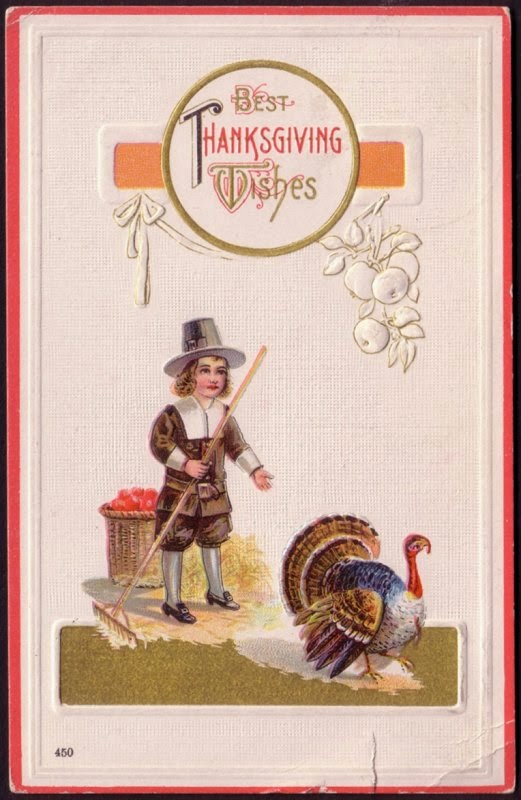 Nothing symbolizes Thanksgiving more than a pilgrim boy and a turkey. 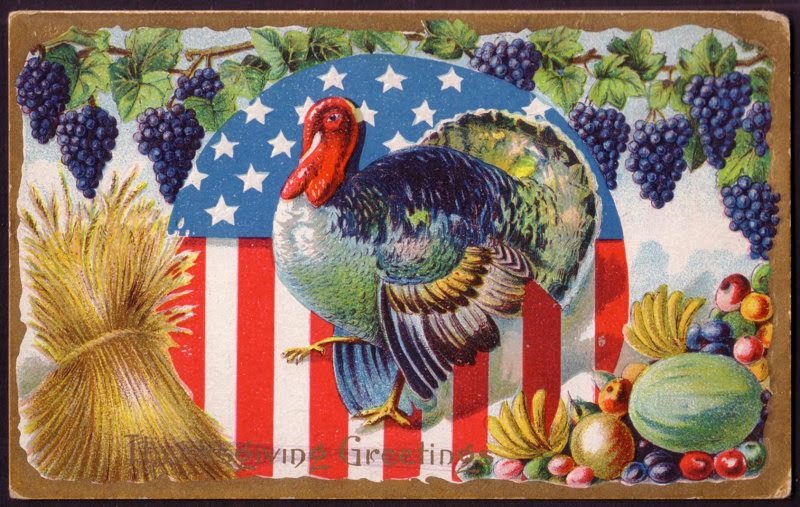 The turkey on this postcard is surrounded by God's bounty that also includes bananas and watermelon. 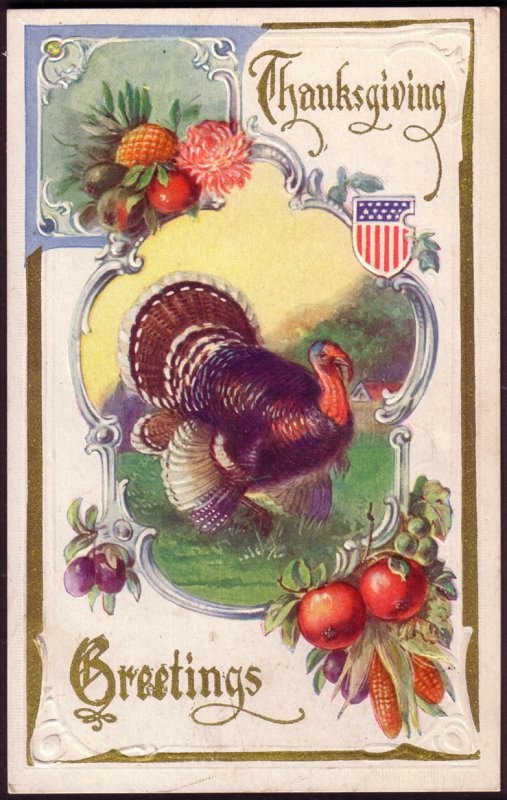 A turkey, apples, plums, corn, a chrysanthemum all symbols of the harvest. 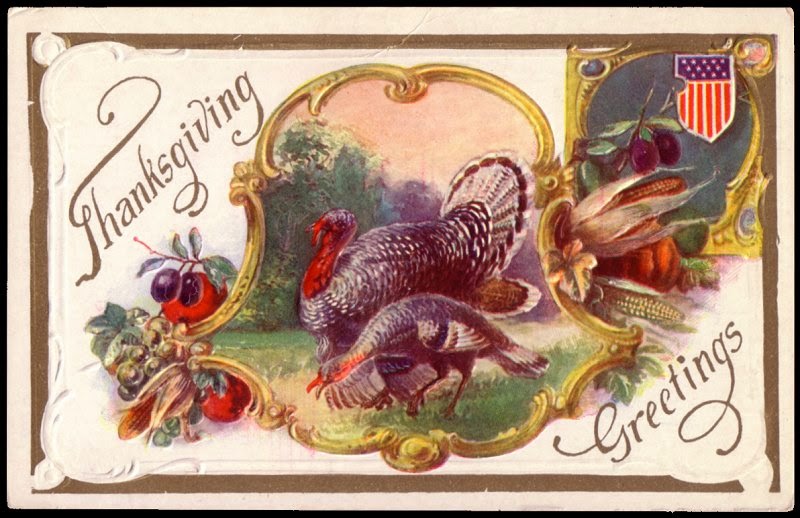 This card shows the tom turkey with his mate surrounded by more seasonal produce. 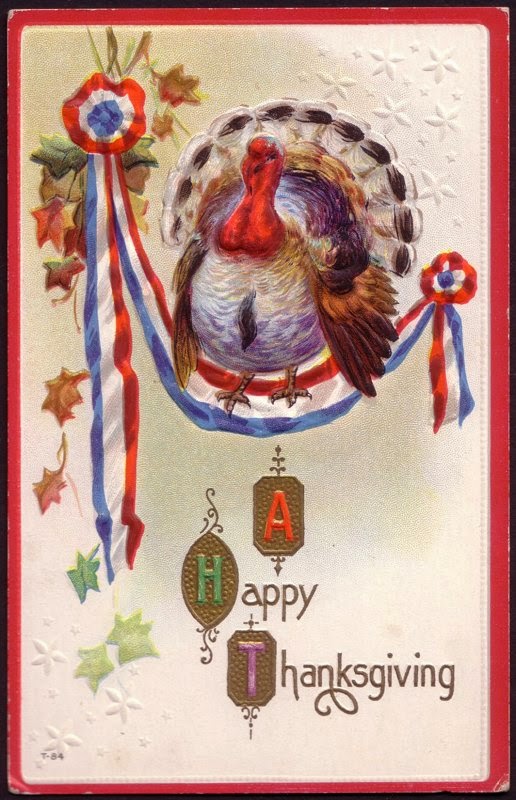 I love the liberties that designers take. This turkey is perched on the bunting without the least bit of sag in the fabric. 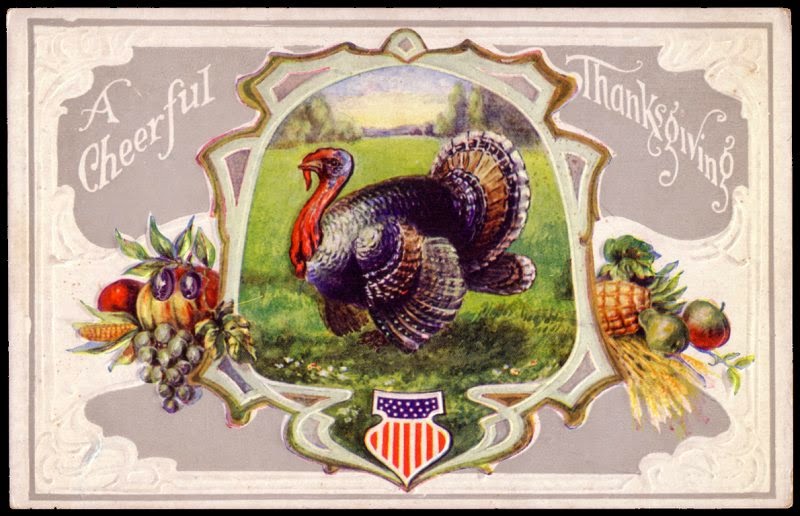 Another image of the turkey in a field surrounded by seasonal produce. A pineapple, the symbol for hospitality is also pictured with the produce. 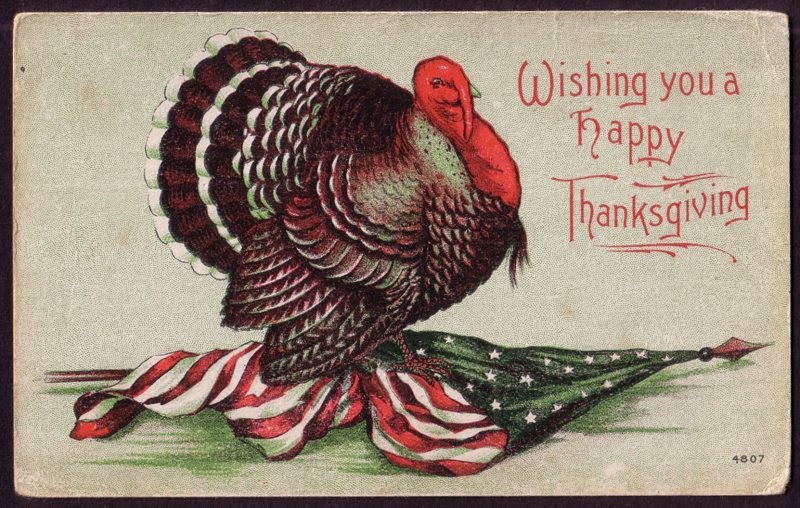 A very straight forward patriotic Thanksgiving postcard, just a turkey and the flag. 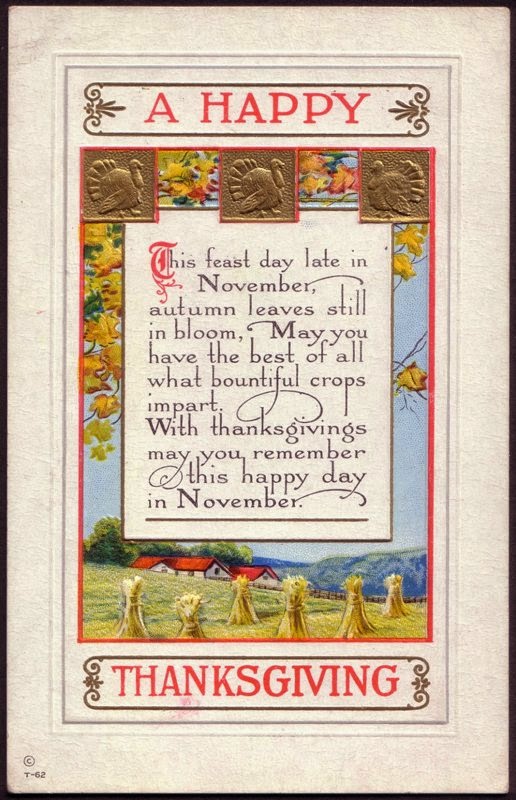 I love the panoramic autumn view of the farm with the corn standing in field. All of this is viewed from beneath a tree in beautiful autumn foliage. 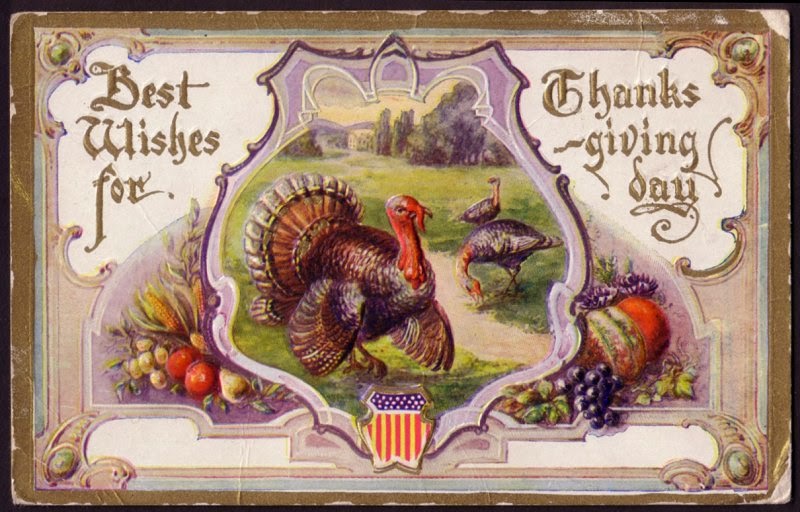 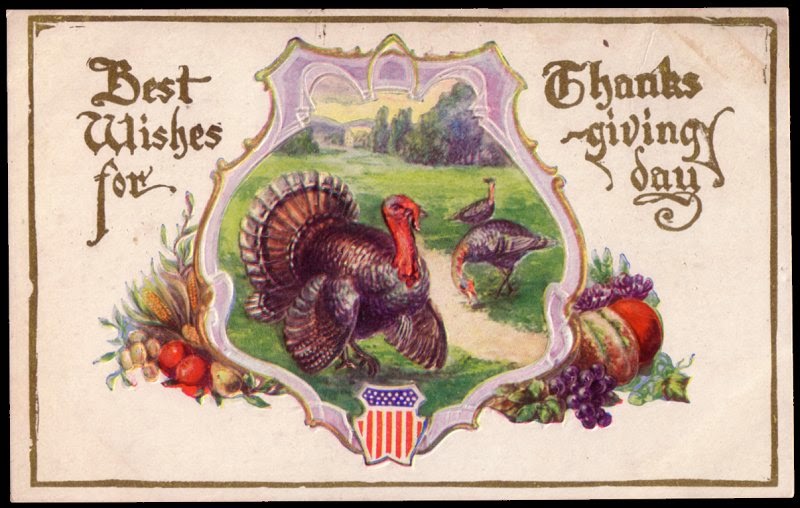 The image on these two postcards is the same. The old image at the top has been reworked and updated to produce the more modern version below. 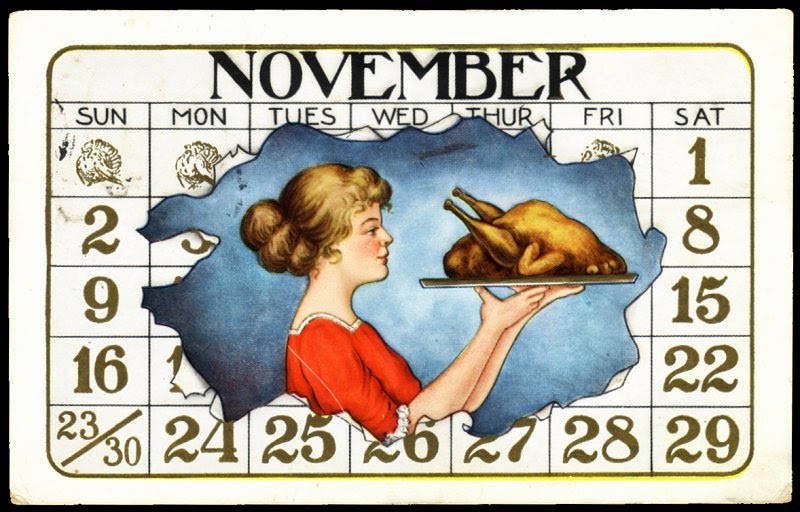 Happy Thanksgiving
to all of my American friends.
Enjoy your Thanksgiving dinner.
Posted by Len at 10:15:00 PM 1 comment:

A Last Good-bye to Autumn.

I love Autumn. I love the colours of the leaves and flowers. I love the colours and shapes of squash, gourds, and pumpkins. I love the crispness of the autumn air. As a last hurrah here are some of my favourite images from this year. They range from late summer/early autumn to the end of October. Good bye Autumn and hello Winter. 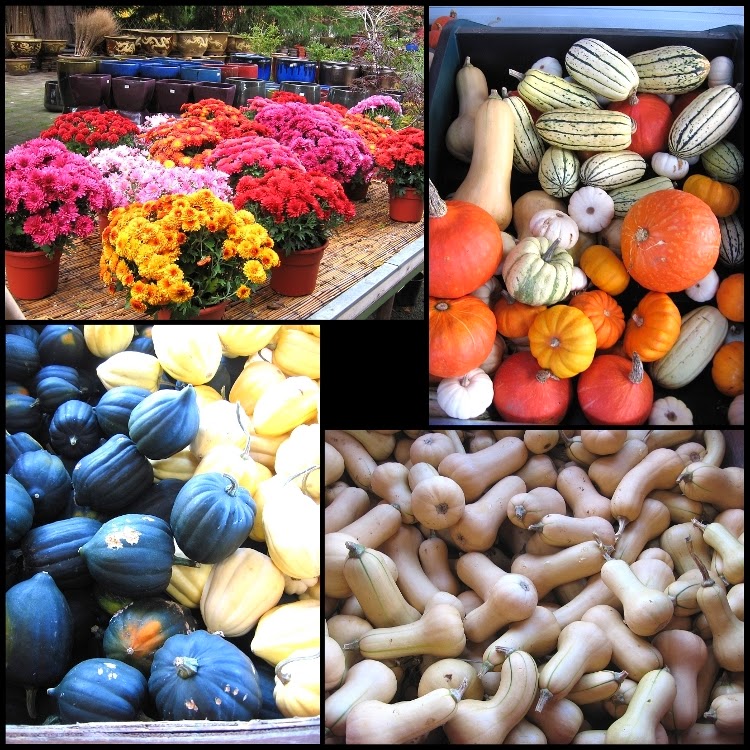 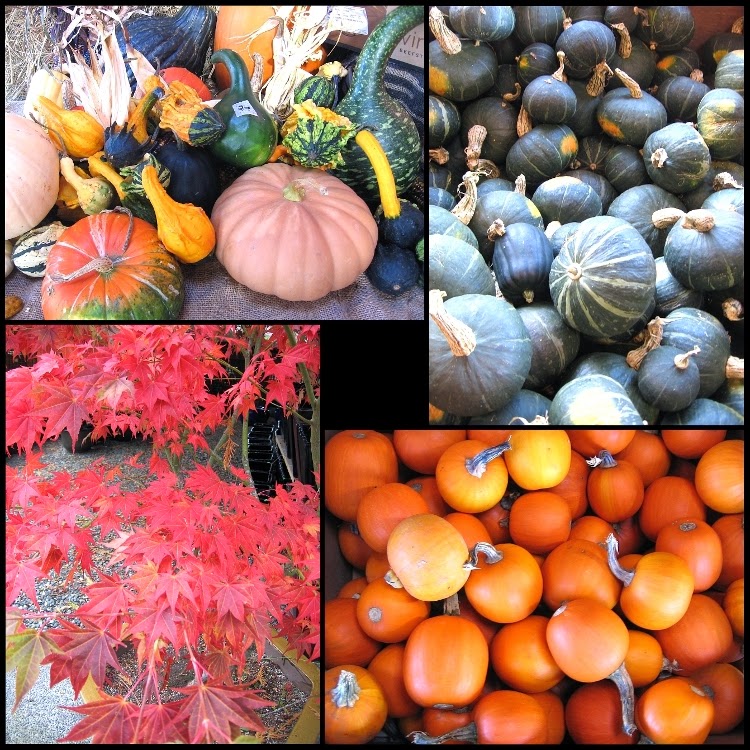 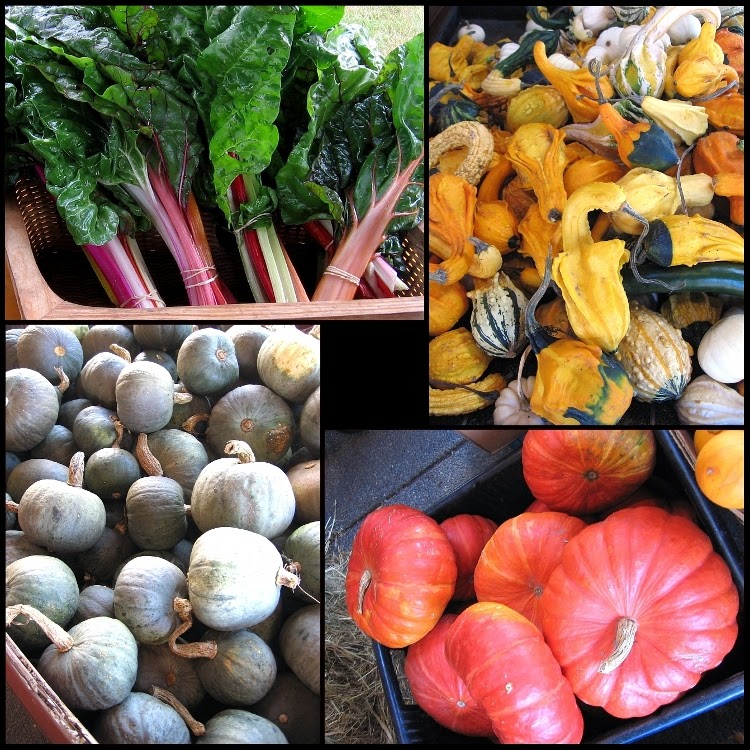 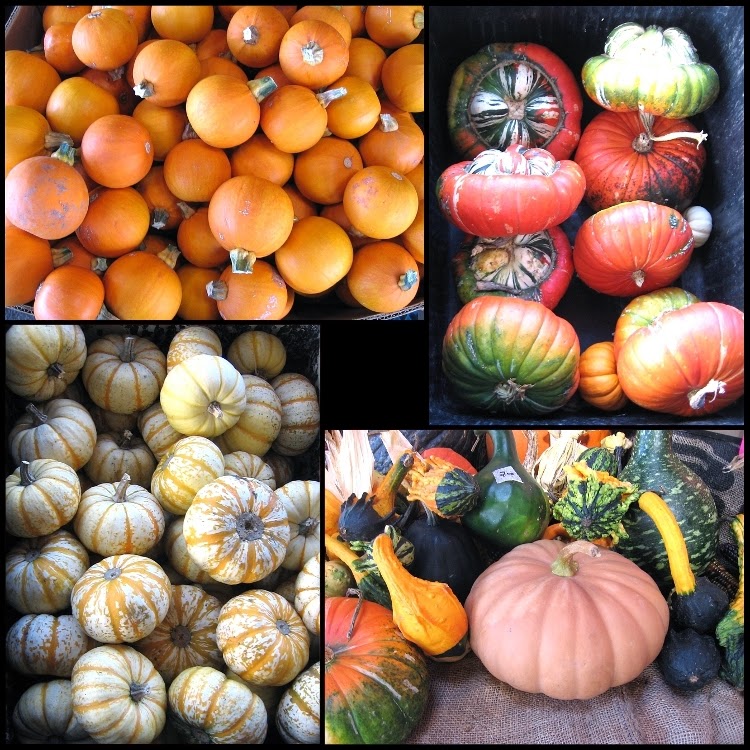 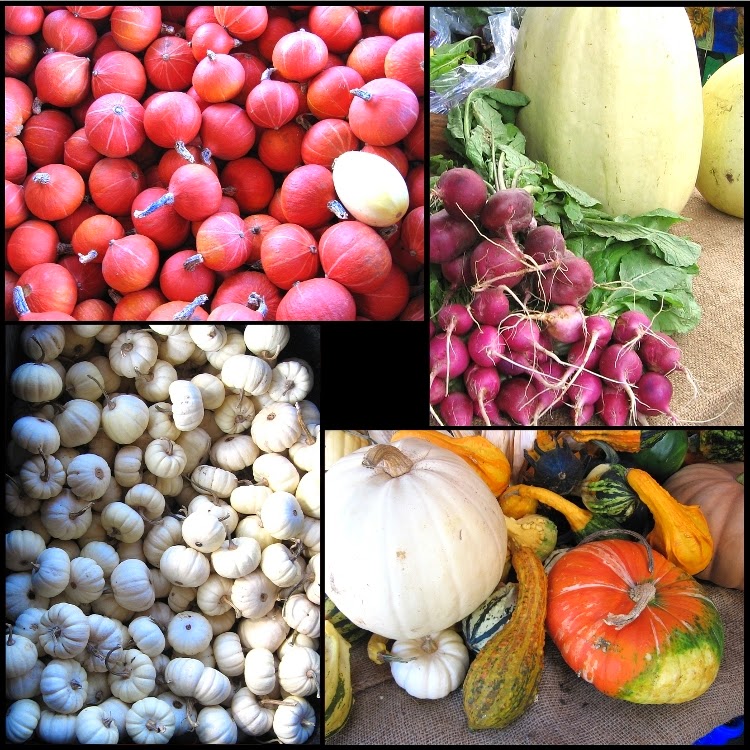 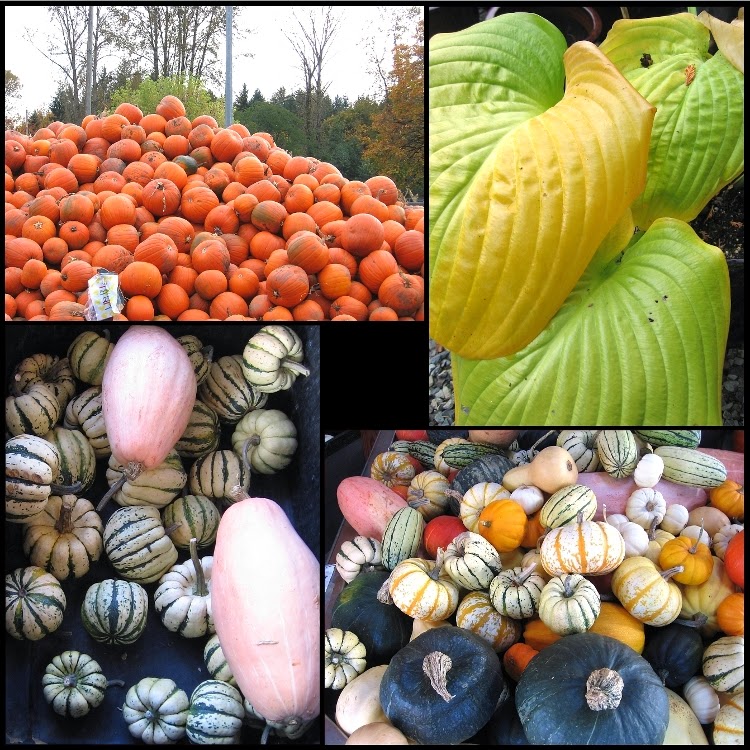 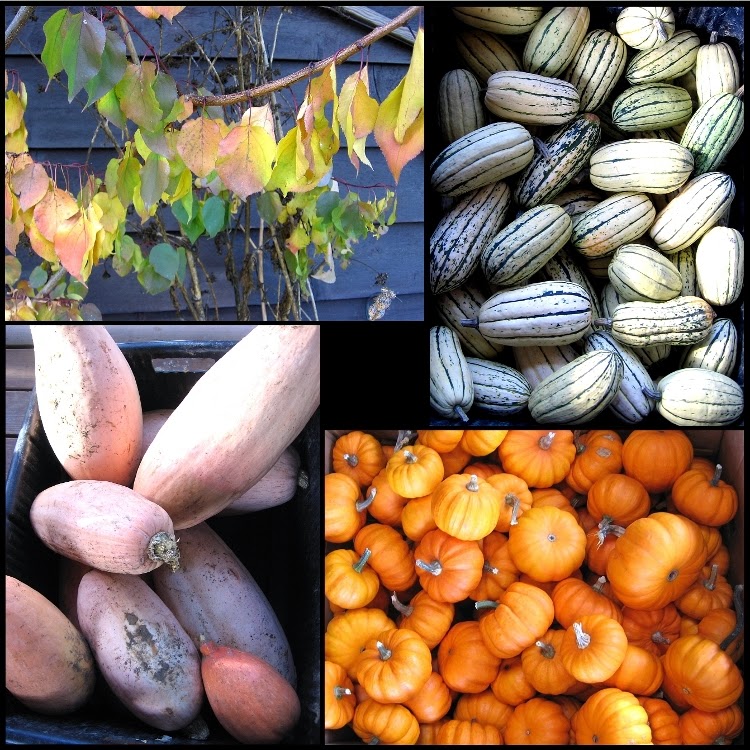