Moving, Making, and The 3 Ring Circus. 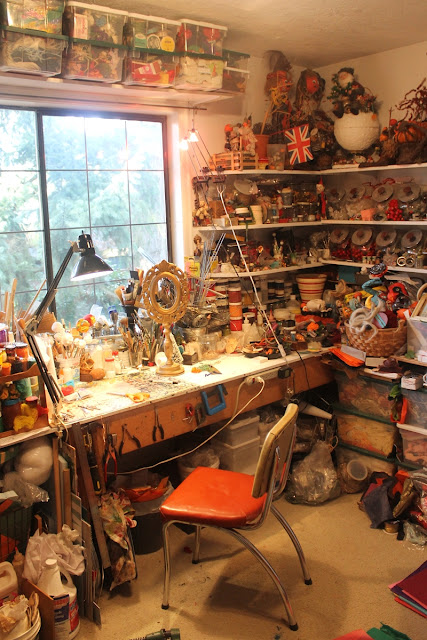 Once upon a time my studio looked like this. It did look like this only for a short time I'll admit. The studio now looks like a herd of wombats have used it as a mosh pit.


(A short soothing musical interlude plays while you read the following)


RING 1
I'm moving my studio from the upstairs bedroom that I took over after our boys moved out down into the garage. The garage doesn't have a window but it's more than double the size of the old studio.


RING 2
We are landscaping the backyard, it's been long overdue. We started working on it last Autumn and are finally getting to work on it again.


RING 3
I'm making new stuff and finishing pieces that have been hanging around for a while.

Did you notice that making and finishing aren't in the centre ring, that isn't to say though that the spotlight doesn't shine on Ring 3 occasionally, just not as much as I'd like it to. I'm not complaining, all of this change is fun and exciting. 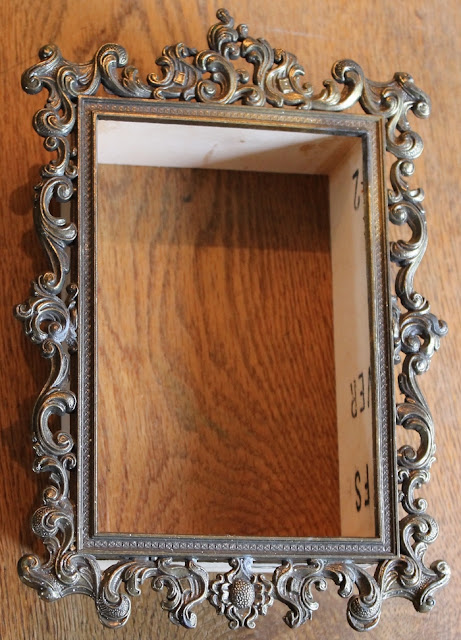 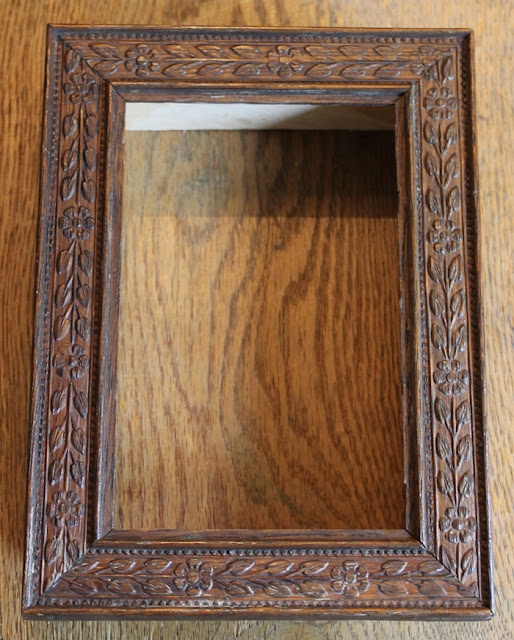 and a shallower shadow box than the metal frame for this beautiful little oak frame that has a design of flowers and leaves embossed into the wood. 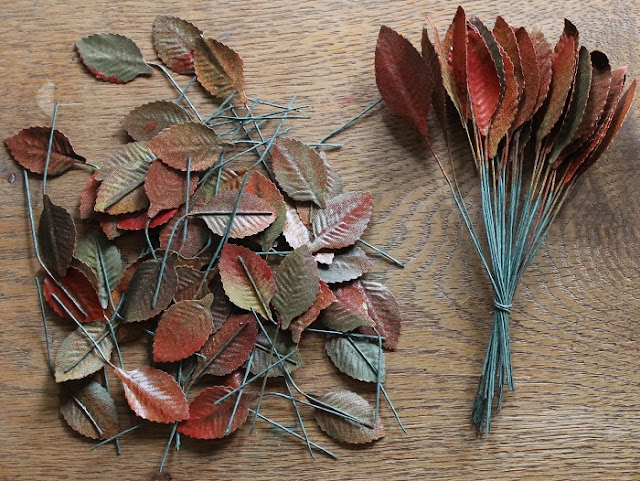 These leaves have been spray painted autumn colours. 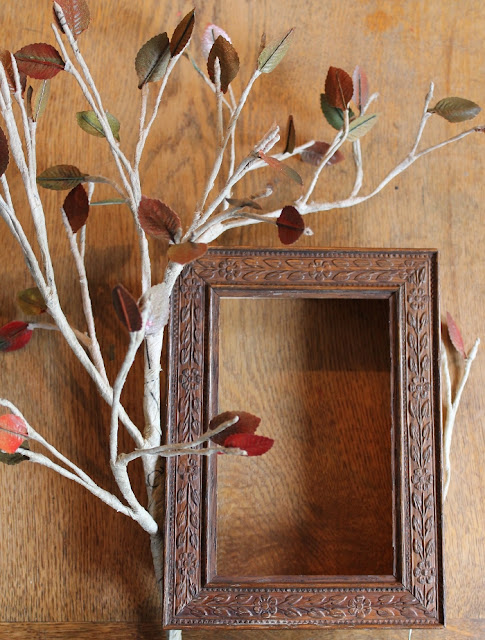 They've been turned into a tree that will be used to frame the outside of the shadow box.

Last August I had a blog post showing how I build trees. I mentioned how the branches are painted as I build the tree, well not this time! I got so involved with the process of making them that I didn't think about painting them. As it turned out I am glad that I didn't paint them, I want the brown of the tree limbs to stand out from the frame but also to work with the rest of the sculpture. So far there is a lot of brown with the leaves and the frame. Even though the leaves are reds, yellows, and browns they read as assorted browns. The tree limbs will be painted and added close to the finishing of the sculpture.

Once painted they'll be bent into more realistic shapes not at all like they look at the moment. 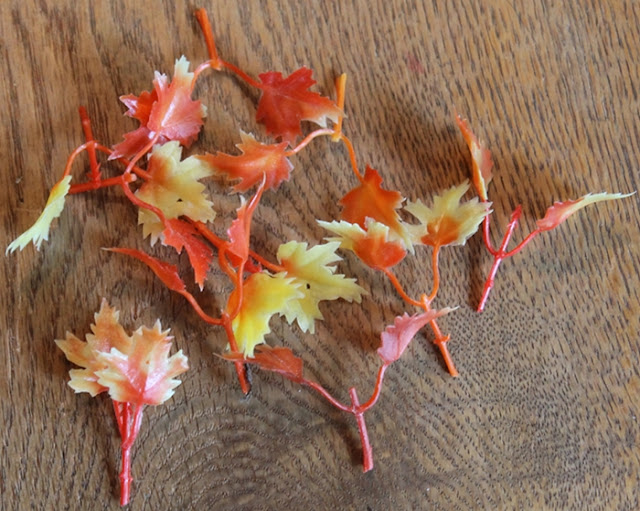 These maple leaves have been painted 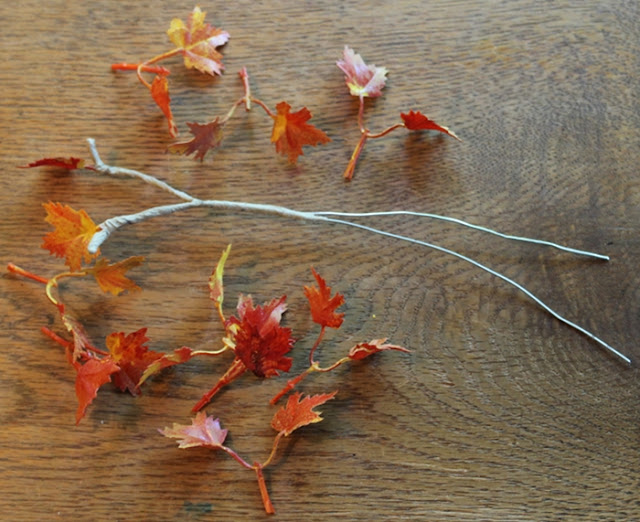 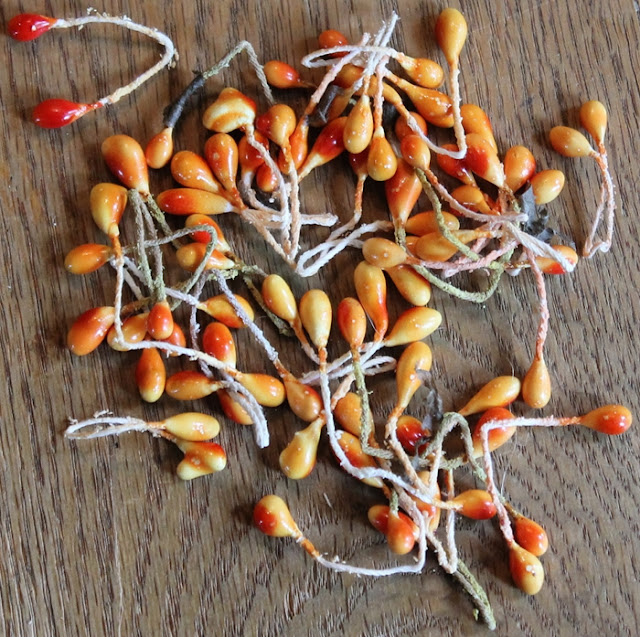 Orange and red pips to be turned into another tree or vine, I'm not certain which, we'll see what happens. It'll be interesting to see if I use it now or later in another sculpture.