A few years ago year Black Cat dressed up as bush. 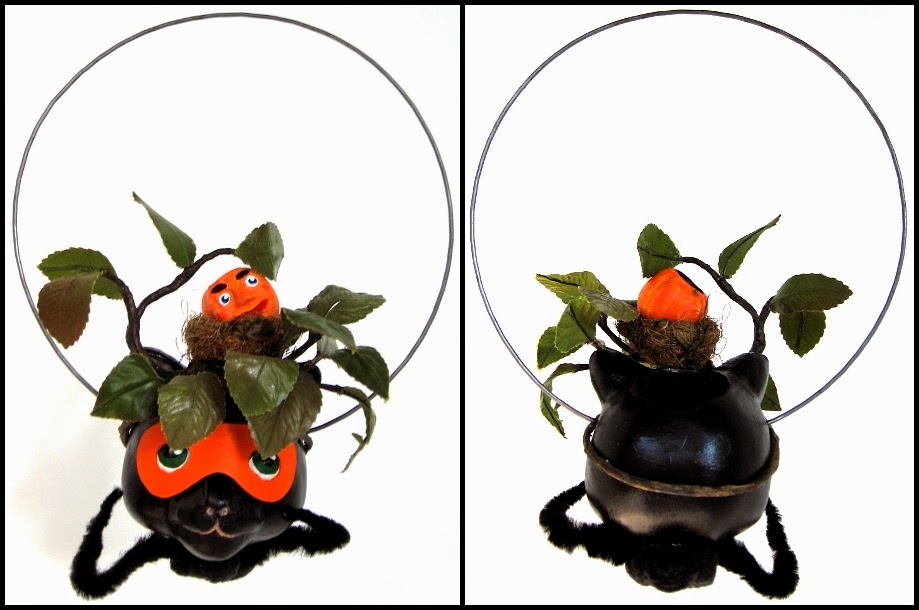 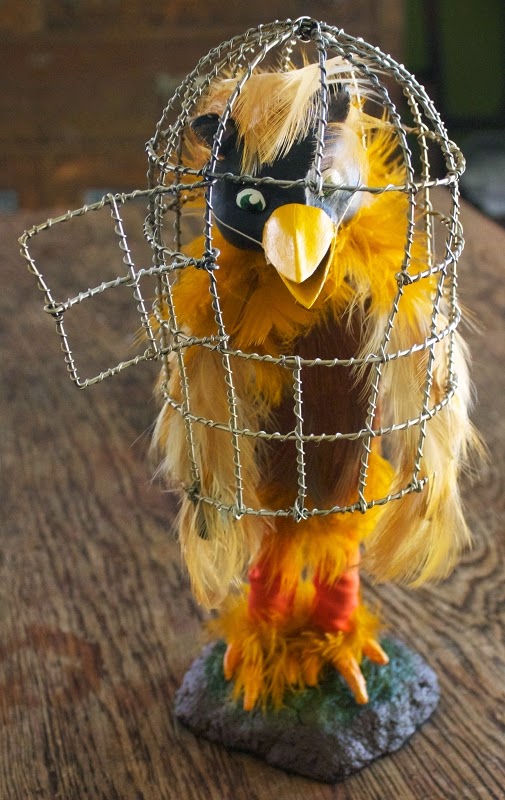 Black Cat and Jack put the finishing touches on BC's costume a few days ago. This costume was Black Cat's idea, I think that it is quite amazing. Jack managed to make the cage. I am not certain where all of the feathers came from but they very quickly informed me that no birds were harmed in making this costume.

The two of them were laughing at the part that covers Black Cat's head, Jack said that it looks like a bad comb-over.

The shoes that cover his feet look pretty impressive.

I asked the two of them why they thought that it was a really scary costume and Black Cat was a little too excited when he mentioned that when the birds come to visit the great big bird in the cage he'd say something very cattish to give them a scare. I'm not sure what something very cattish is but BC said that it would be VERY scary to a bird.

Well I had better get back to work, I'll try and post a little more often but don't hold your breath!
Posted by Len at 11:28:00 AM No comments:

About a month or so ago I was talking with Jack and Black Cat about making some really scary costumes, well needless to say it took off from there. Marty of "Marty's Mercantile and Great Goods" came up with this costume. At first I didn't think that this costume was very scary but then I realized that if you are a vegetable, a lot of my friends are, a caterpillar is scary. 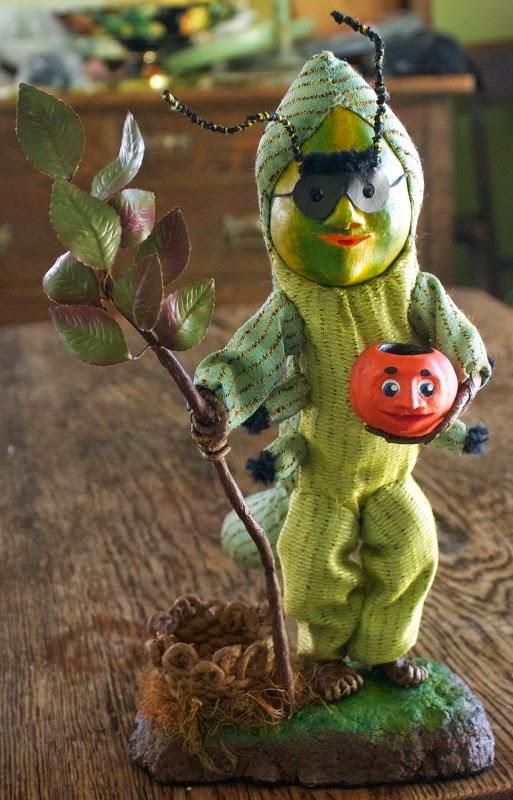 I must go back to the studio and work. Black Cat and Jack have finished their costume so I will show it to you in the next post in a few days.
Posted by Len at 2:37:00 PM 1 comment: