I have been so busy this year, as well as having a one year old visit us on the week-ends, I decided not to put up any major displays of anything that could get destroyed. 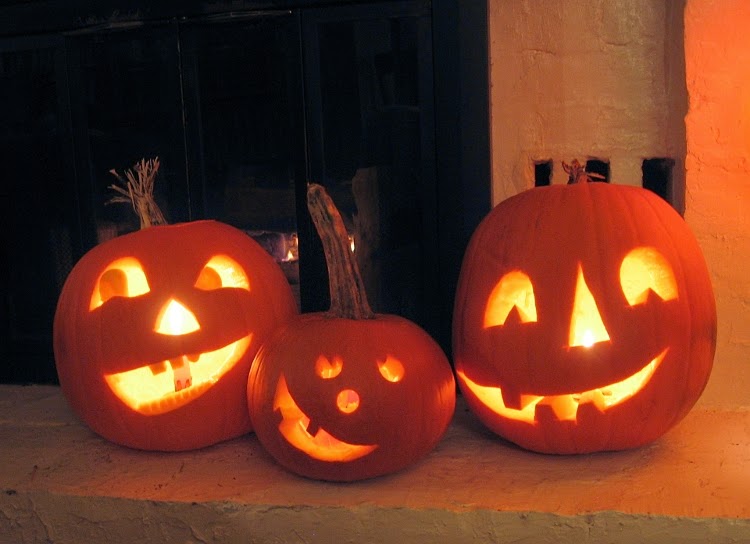 My wife and I, Nicole - Mike's fiancée, Joe - a friend of Mikes, and Mike carved pumpkins on Tuesday night. I did have picture of Joe's cat pumpkin but I don't know where it went. POOP! Nicole's pumpkin wasn't finished but I will show it later.

The pumpkins were moved outside so as not to rot. Nicole's pumpkin is the one beside the broom. We have been buying the bamboo brooms for years. They are the best thing that we have come across for sweeping up leaves. I apologize beforehand to anyone that I may offend - I HATE LEAF BLOWERS! They are so noisy.

I keep saying that I am doing minimal displays but for me this is very minimal. 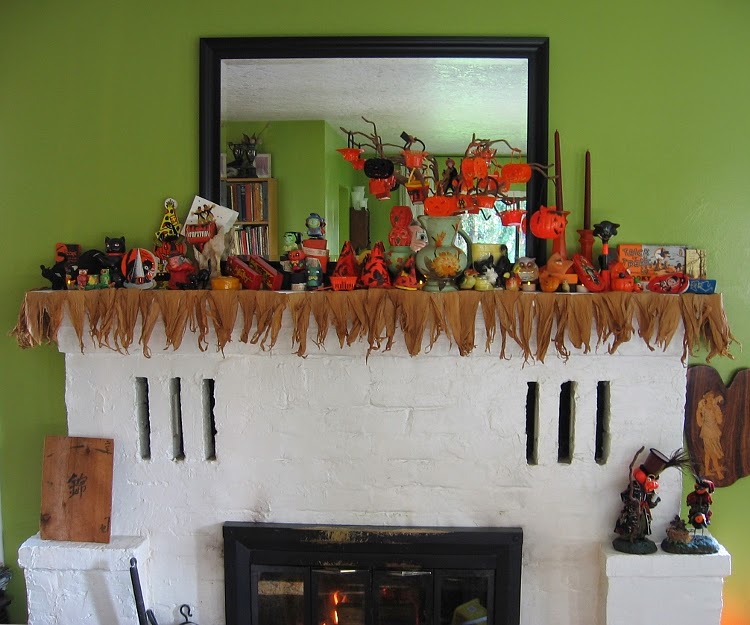 About 15 years ago the corn husk garland on the edge of the mantle was popular. I managed to find one a few years after they were no longer being made. I like the tattered look of the garland.
Posted by Len at 11:44:00 AM

Love the pumpkins in the urn with the broom! Super! :-)
Happy Halloween!

Thanks. It was a rush job but I like it as well.
Happy Hallowe'en!

Hmm, you call that minimal?
Len, it's all so wonderful!! The corn husk garland on the mantle is a very nifty idea!! Love the JOL's and the masks and the party hats etc. etc.

Happiest Hallowe'en to you all! ~ Lori

Thanks Lori. Happy Hallowe'en to all of the Rudolphs!