Drawing a blank but the inspiration is always there

I thought that I would give you a glimpse into the way that I create my sculptures, in particular my "Landscape Rattle, By the Light of the Silvery Moon" that is in this months EHAG Emporium.

I don't design any of my sculptures. I run headlong into the making portion, sometimes with an idea and sometimes I just starting making a prop or base for the sculpture, point A, progressing on to point B. Sometimes,quite often actually, point B just doesn't work and so another alternative has to be created; the journey for me, seeing where I end up, is what it so much fun... and surprising.

My post about the making of the trees was point A for my last sculpture "By the Light of the Silvery Moon". Designing this way is scary sometimes but it keeps me on my toes, I have to be conscious of every element that is being created or replaced. 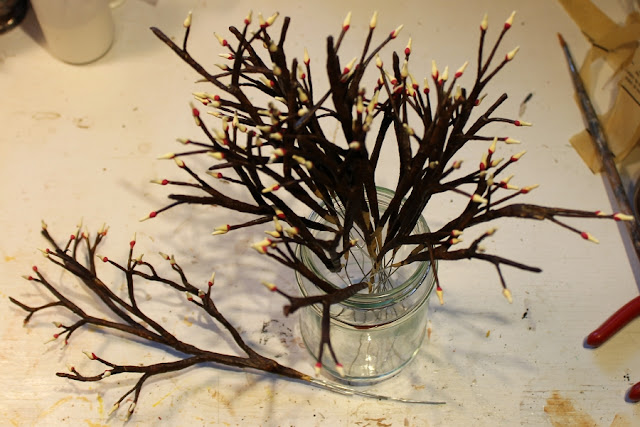 I had the trees but that was it. I was depressed because there was not a single idea... blah, blah, blah...

I felt empty because there was no direction... blah, blah, blah...

if I did drawings like everyone else I would have an idea... blah, blah, blah...


(Sometimes the above happens, thankfully not that often.)

The only thought that came to mind was the paper wrapping the barrel of the drum rattle, I had used it for the “Landscape Rattle, Ambrose and Monty, his Parade Lantern”...

as well as the “Landscape Rattle, William and Timothy and the Toffee Apple”; I didn't want to use the painted paper for a third time. 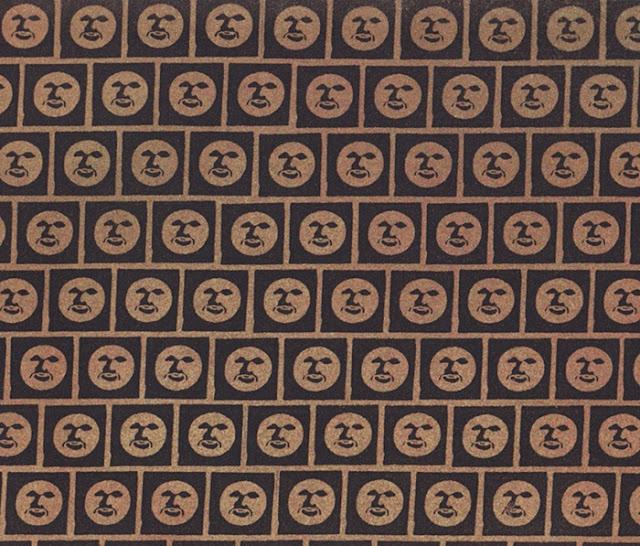 I headed to my paper drawer; this paper was the inspiration. The colour combination didn't feel correct... 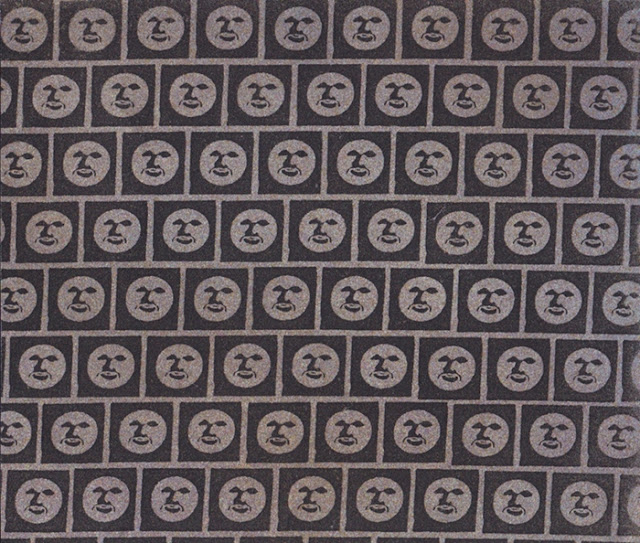 but this one the fit the bill.

A song or phase kept coming to my mind, "Dancing by the Light of the Silvery Moon". I had my idea, the Man-in-the-Moon dancing under the trees.

I looked up Jazz dance in Google images and found some great pictures of Fred Astaire... 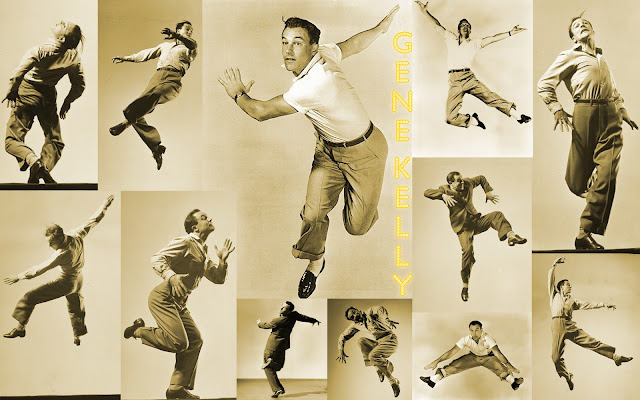 and Gene Kelly. There it was my idea, pure gold, just waiting to be made.

I never intended to use two trees as they take a while to make and that translates into cost but he had to be dancing under two trees. He was strolling and dancing, having fun along the forest path.

I made the barrel rattle section of the sculpture added the trees and the realized that in order for the trees to appear tall I would have to make the Man-in-the-Moon about two inches to three inches tall. So much for my idea of pure gold, it s now a lump of lead. Are you starting to see how the process goes, point A sometimes does not necessarily connect to point B.

The Man-in-the-Moon is up at the top of the trees having a conversation with two of his friends and will on the ground shortly joining in on the fun.

Placing the Man-in-the-Moon in the top of the trees was challenging, I had to defy gravity. He had to have the appearance that he was floating above and in the tree limbs and not the tree limbs supporting him. I am pleased with how it turned out.

I had no idea that this is what the landscape rattle would look like. I am very pleased with the way it turned out. "Landscape Rattle, By the Light of the Silvery Moon is available here.
Posted by Len at 11:43:00 AM