Mother's Day is celebrated on the second Sunday in May in Canada and the U.S. Julia Ward Howe was the first woman to propose a "mother's day" in the US. It was Anna Jarvis in 1907 who came up independently with the idea of a holiday to honour her dead mother. Seven years, later in 1914, she was finally successful in getting it recognized as a national holiday in the US.


Nine years after the first official Mother's Day Anna Jarvis became a major opponent to the holiday because of the amount of commercialism related to the day of honouring ones mother. She spent the rest of her life fighting the holiday depleting her inheritance. She was arrested in 1948 for disturbing the peace during a protest against the commercialization of the holiday. She wished that she had never started the day.


“According to IBISWorld, a publisher of business research, Americans will spend approximately $2.6 billion on Mother's Day flowers, $1.53 billion on pampering Mother's Day gifts—like spa treatments—and another $68 million on greeting cards. Mother's Day will generate about 7.8% of the U.S. jewelry industry's annual revenue in 2008, with custom gifts like mother's rings.”


Anna you are probably spinning like a top by now some 60 years later. 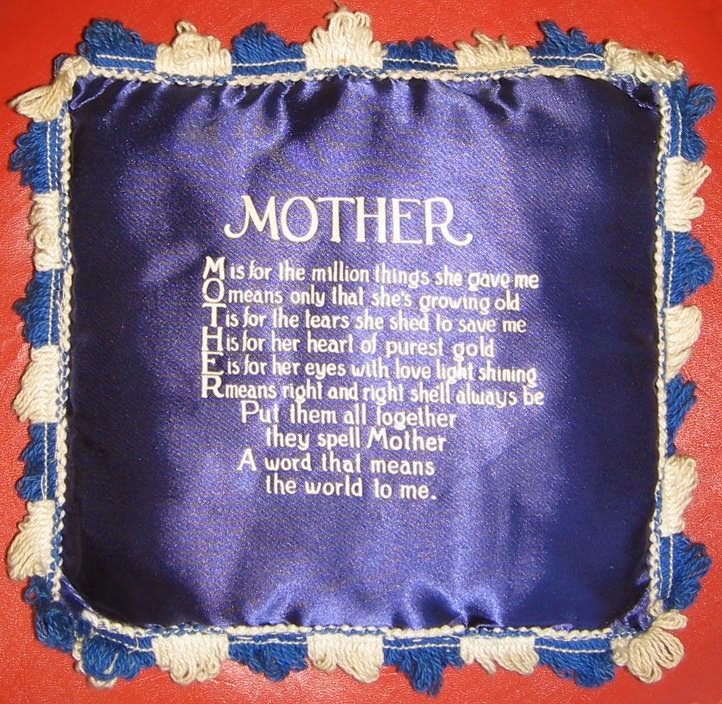 This blue satin cushion is 8" square. The white lettering for the poem is silk screened. 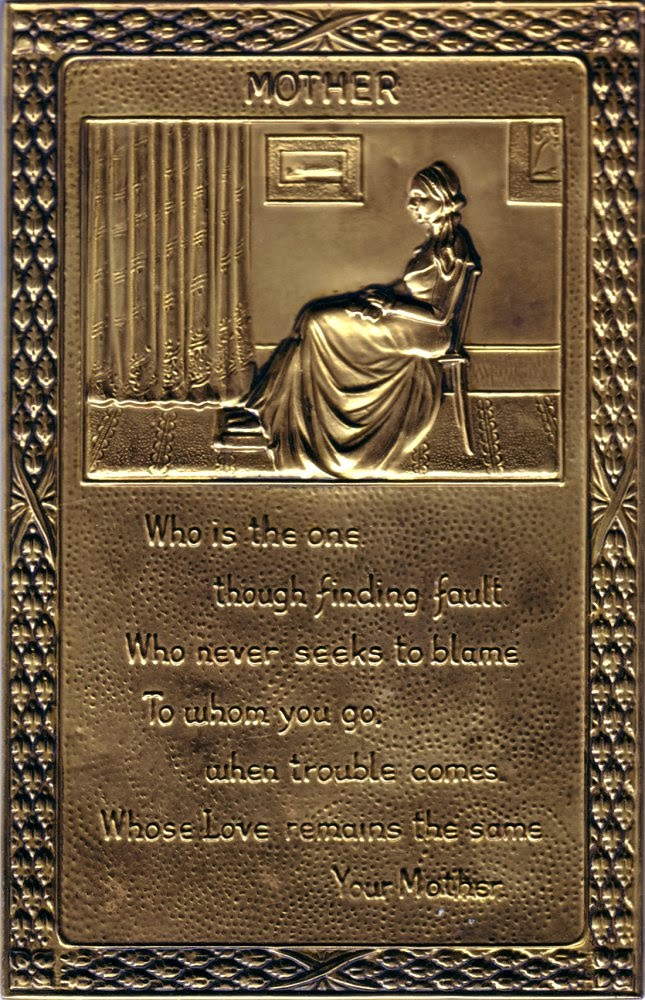 This deeply embossed brass foil plaque measures 8 1/2" high and 5 1/2" wide. The wall plaque was made in England and has a loop on the back for hanging on the wall. 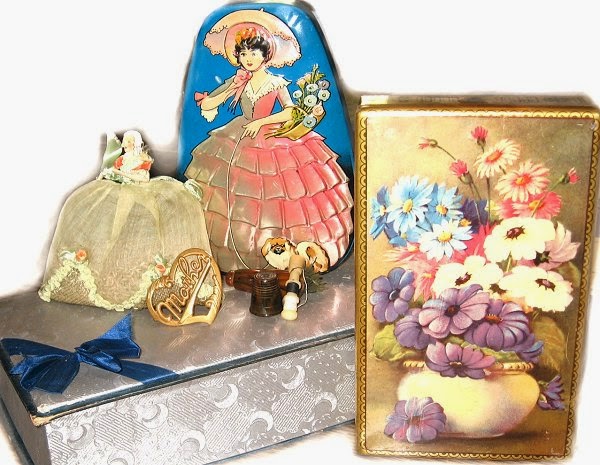 This little group has two tins from Britain that would have contained toffees, a silver foil covered chocolate box, a lavender sachet, a brass pin with the word Mother inside a heart and a small travelling sewing kit. All of these items were considered suitable Mother's Day gifts.
Posted by Len at 7:57:00 PM