Several years ago I purchased a wire vase shaped form that originally had lily rush woven into it. It was a decor item that had been damaged and I got it for next to nothing. I had a lot of vintage and antique beads on hand so I decided to make a lampshade to go over the dining room table. All of the beads are strung on copper wire - I also have a lot of that on hand as well! The beads were strung on the wire about 5 or 6 inches at a time and then I wrapped the wire around each vertical wire on the frame travelling around the circumference of the form. It took a while but it is so worth it. The amount of light coming from the shade is less than before - I have to eventually bring in other light sources - but the shadows that are cast on the walls, table, and ceiling are so interesting I don't mind. 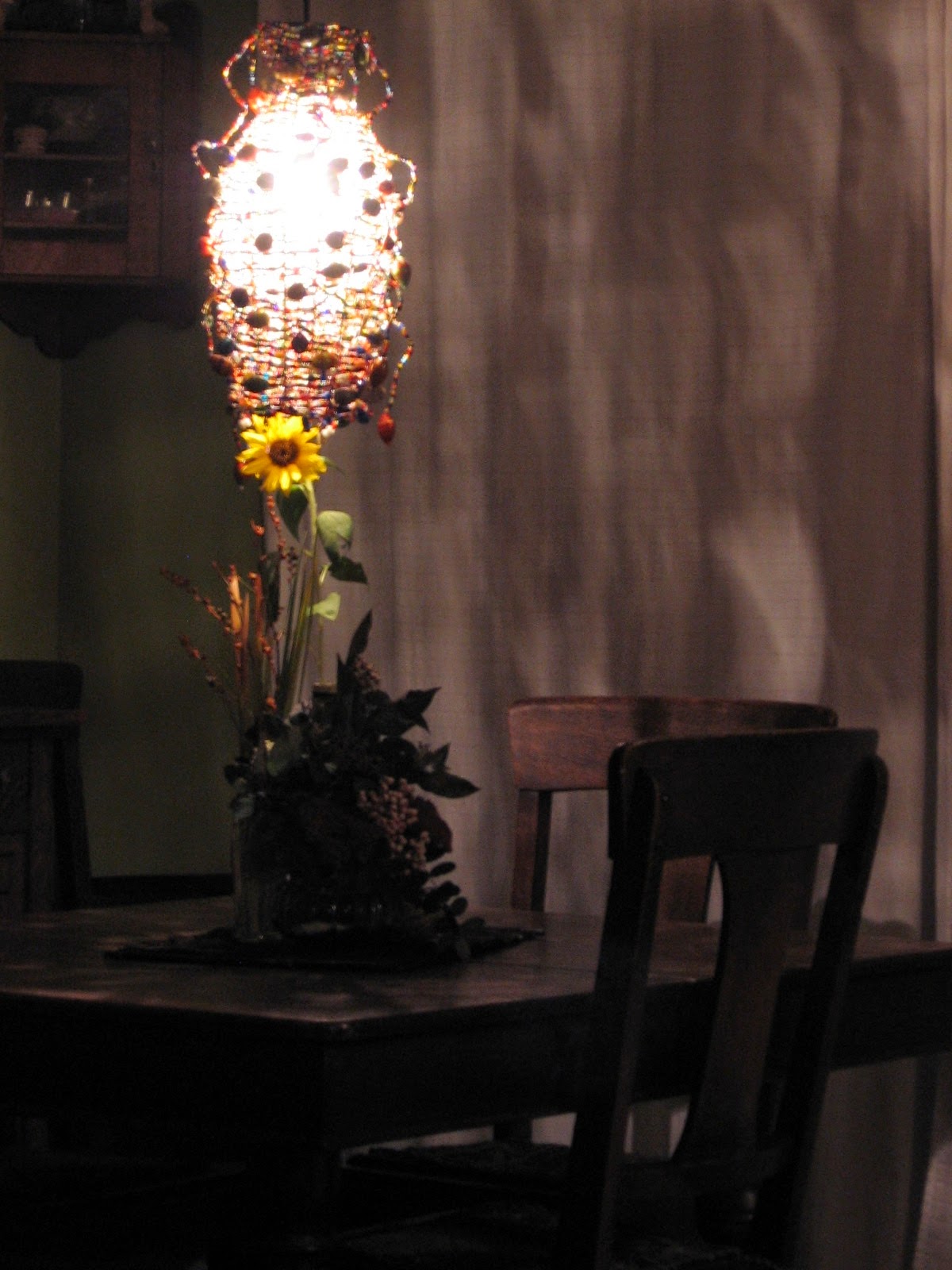 One night as I was going to bed I noticed the light being cast on the table display was very interesting so I grabbed the camera and took about 15 or 20 pictures from different angles. I had no idea as to what I was doing but I didn't care I just had fun. Over about a month or so I did new arrangements and took pictures at night. I like the darkness and mystery of the pictures. 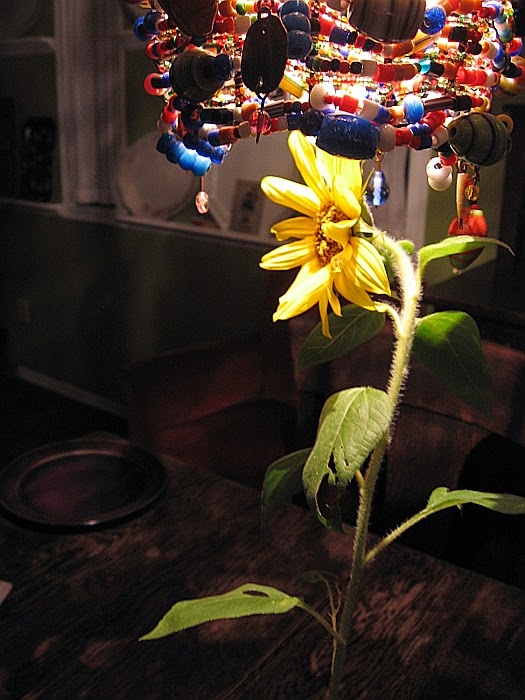 There is a pool of light cast onto the table that highlights what ever is directly below the lamp shade. 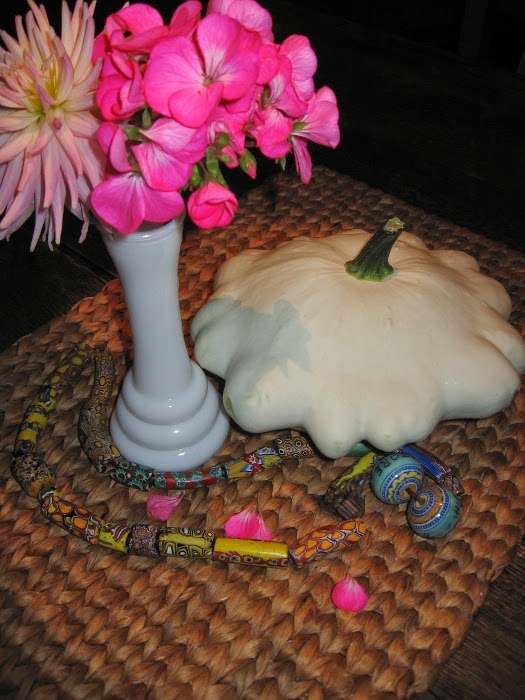 This set of pictures are of a patty pan squash, a dahlia and geranium in a milk glass vase and some African trade beads on a lily rush mat. 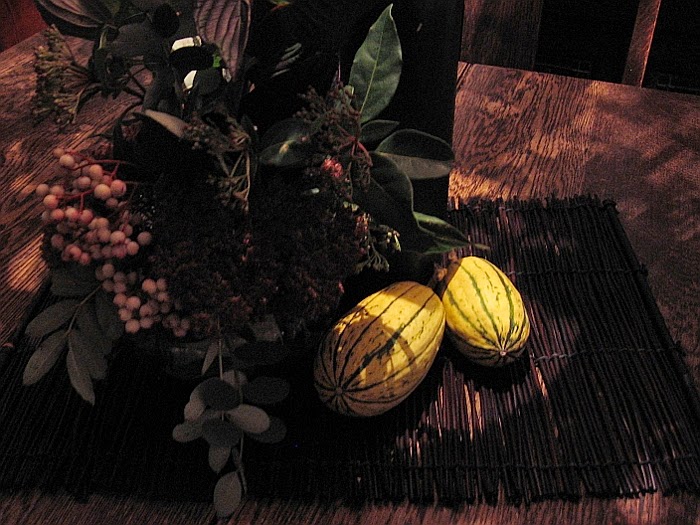 I like texture, no in all truthfulness I love texture. 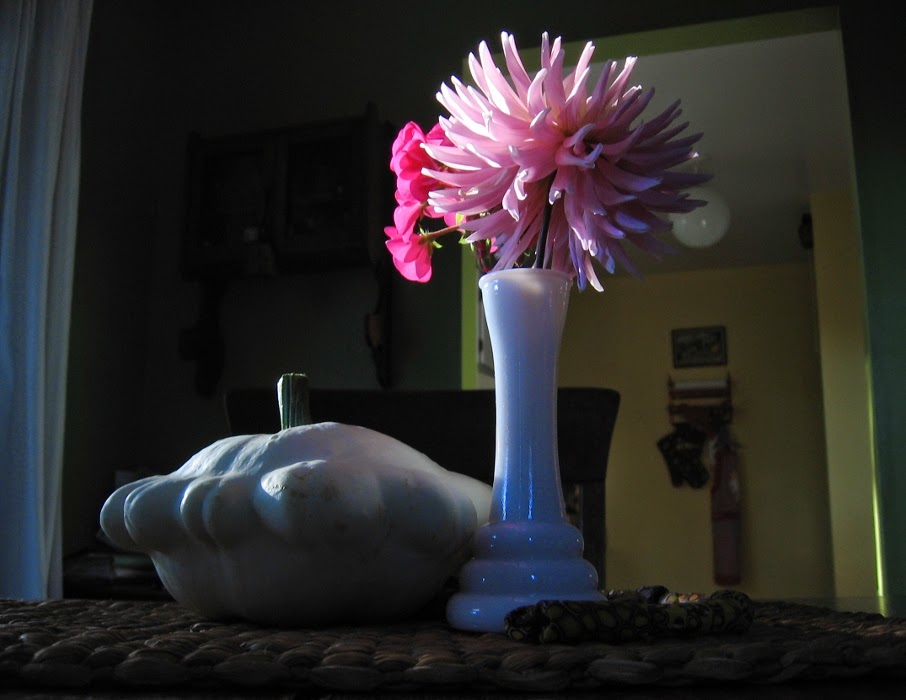 This last picture was taken in the late afternoon. The autumn light is so interesting.

I have more table top pictures that I will post at a later date.

I am nearing completion date on all of the items that are in the studio. Very soon you will start hearing from us, yes I said us, about the online sale. Three artists, one wonderful sale and that is all that I am saying for now. There are some terrific items that will be available for you to add to your collections.
Posted by Len at 9:52:00 AM

Thanks for dropping by, Len! You have an adorable assortment of goodies on your blog!
Yes...I do LOVE detail! I think it's because I grew up on antiques...a definite great teacher!
Lenae