Here I am, back again with more pictures of my studio goings on. I am feeling rather full of myself at the moment, this is my second blog post in a week! After my hiatus I figure this is great. 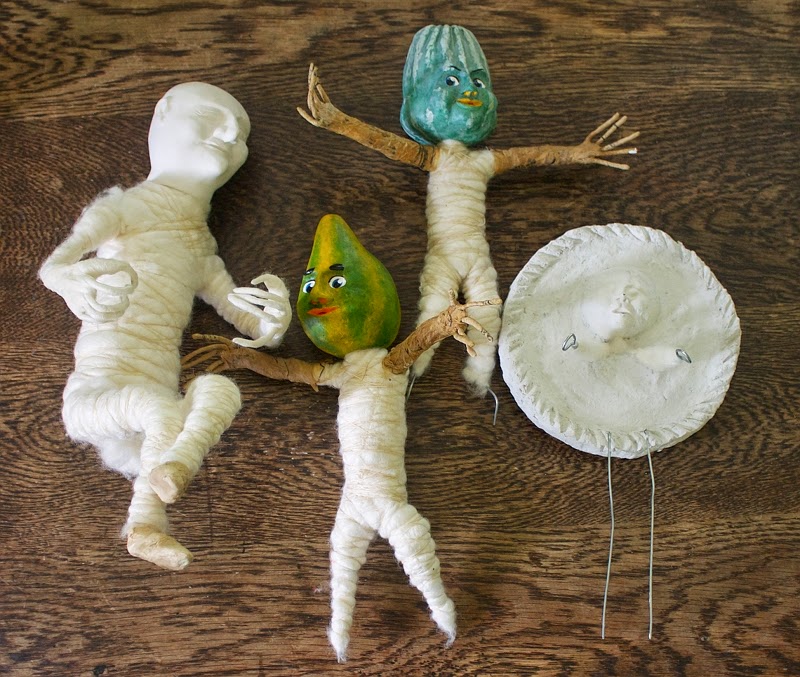 Here are a few of the figures in the works. The old man on the left is going to be the Man-in-the-Moon. He will be sitting on a large crescent moon. This sculpture keeps getting more intriguing as I am thinking/designing/physically working on it.

The two squash guys... I have no idea what they will be up. Well, that is not exactly true, one will be... no you'll have to see in a later post.

In 2009 Amelia Schaefer, Lori Rudolph, and myself did an online sale called "Trick or Treat Street". One section of the items that I had for sale were characters from the Man-in-the-Moon's magic show called "Princess Rosamund and the Attack of the Pie Zombies". I was originally going to have three pie zombies but time constraints allowed me to only produce one. The papier-mache pie shells have been on my studio table for the last two years. I will have two pies this year, a pumpkin pie and a cherry pie.

I did check with Amelia Schaefer about doing the pie zombies because she does wonderful figures and ornaments all based on candy, cakes, pies, and ice cream. I did not want to infringe on her area of expertise. She didn't mind at all and said that everyone interprets things differently. While I am talking about Amelia's work, check out her work at "Sweet B Folk Art", you won't be disappointed. Then go over and check out Lori Rudolph of "Retro Rudolph's", she is one talented lady. Don't leave just yet, I have more to show you! 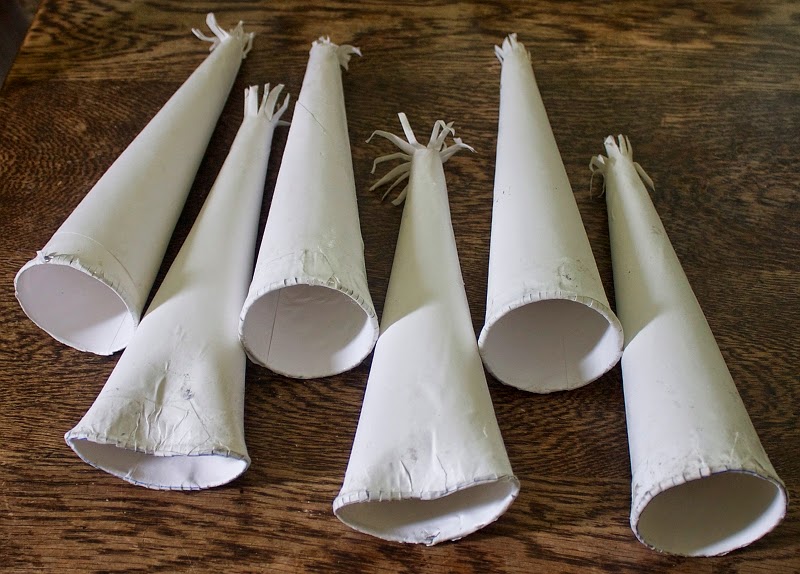 I am making 6 party horns. As you will see from following pictures I never stop at a simple party horn. They make a wonderfully loud, for a party horn, siren noise. 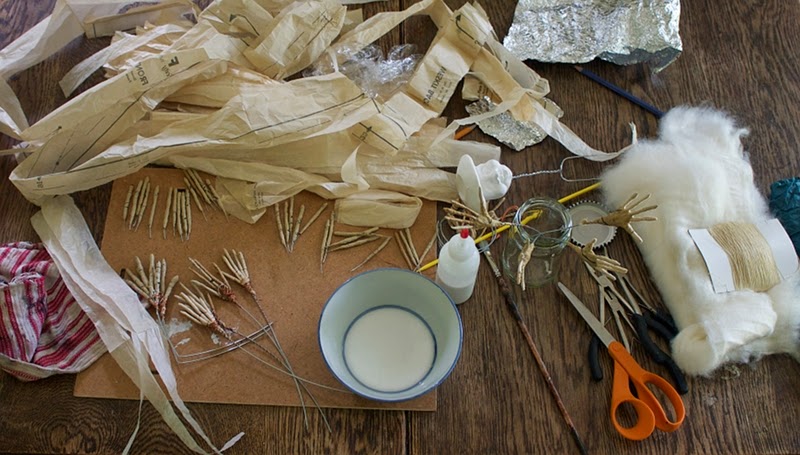 I took this picture at the beginning of the week, a lot of fingers, hands, and arms. After testing the finished hands with the size of the party horns I found that they were too small, they will be used on other figures. 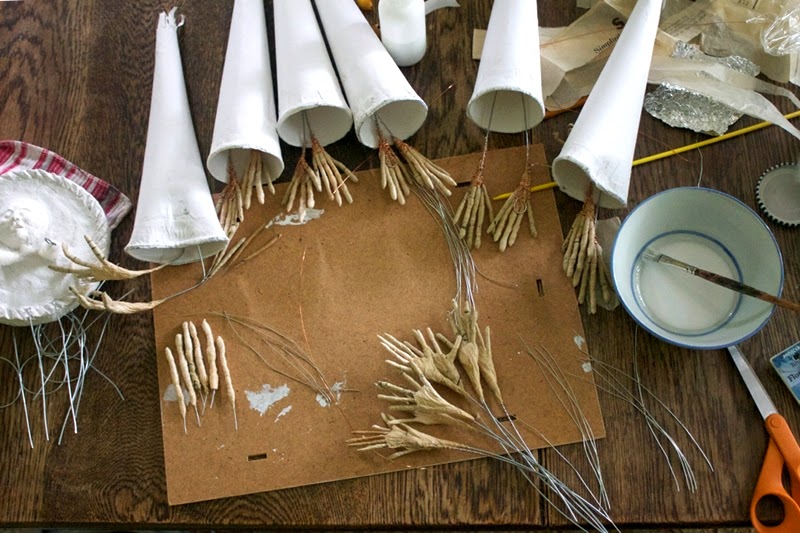 More fingers! At the bottom centre you can see the finished hands from the previous image plus the larger fingers/hands for the party horns. There are also wires lying on the table waiting to be bent, wrapped, and glued, ready to be assembled into larger hands for the figures in the oval frames. Have a look at this previous post about the oval frames.

I forgot to make fingers for the pie zombie. I have five finished, so all I have to make is five more.

On the subject of making fingers, you do realize... of course you do, that each figure has ten fingers. So far I have made 150 fingers! That is a lot of fingers, but they look so good on the finished figures.

This last paragraph has so many "f's" in it that if you were to say it out loud you would possibly have drool running down your face! On that note I had better get back to work.
Posted by Len at 12:33:00 PM