Here is this year's Christmas mantle. The rest of the party hats and noisemakers went onto the mantle. The crepe papier party hats didn't make it out as there is not an easy way to display them. 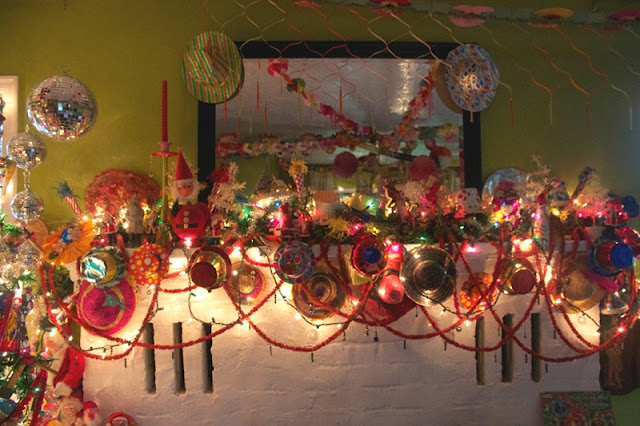 The first thing I did was to centre a 6' faux garland on the mantle letting it hang over each end. The base was ready so I arranged as many hats on the garland and stuck in as many party horns as I could while still keeping some sense of design and order. 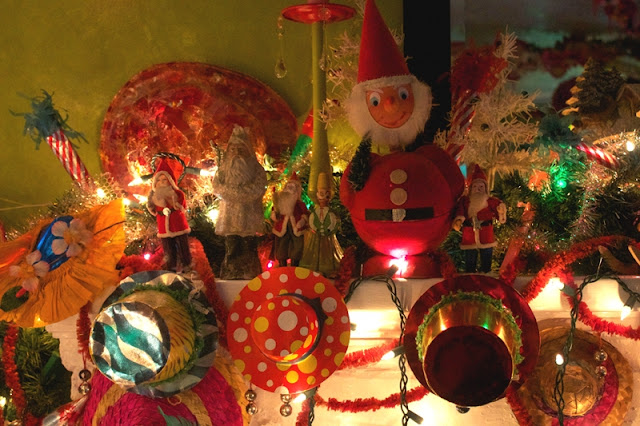 And now for the close-ups...

Once the base of hats and horns was done I tucked tiny Christmas trees, vintage tinsel roping, lights, as well as vintage and antique Santas. The big elf like Santa is a favourite candy container. To his right, your left is an early wooden party horn in the shape of a little man. There is a white Belsnickle farther down the line-up. 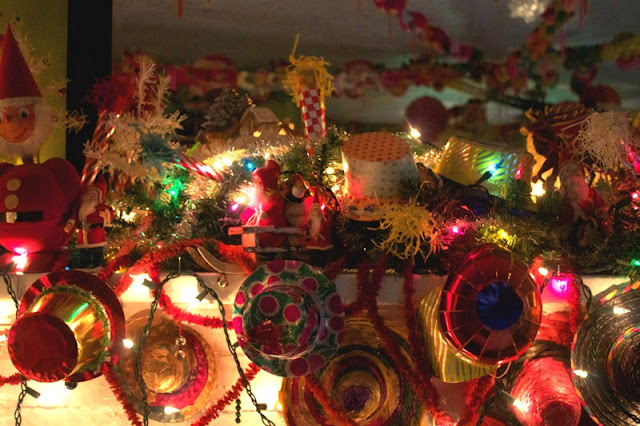 This is not a great picture to show this Santa in his sleigh. I picked it up at a Salvation Army store about 5 years ago for $21.00, a steal! His sack of toys has old Cracker Jack prizes in it. You can just make out, leaning against the mirror, a heavy Dresden decoration of a deer standing beside a small log house. 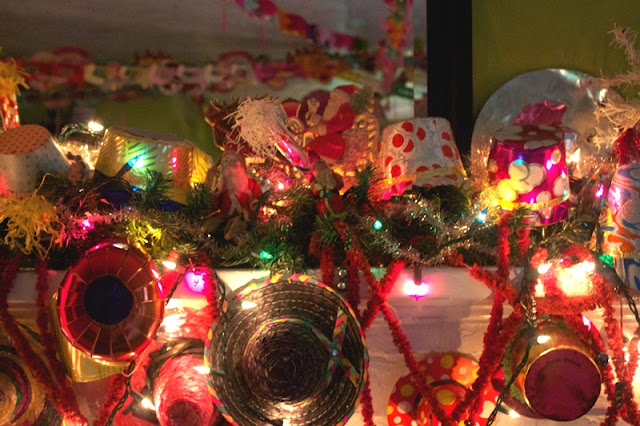 In the back leaning against the mirror is a Dresden decoration of Santa in his sleigh on his way to deliver gifts to the little log house in the previous photo. 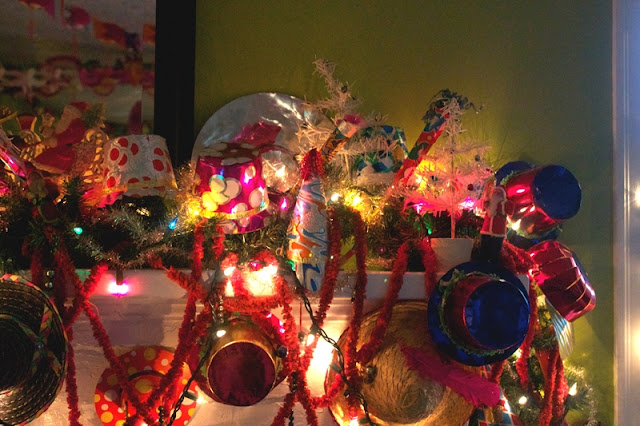 Lots of hats and horns with one lone Santa standing beside a white Christmas tree.

When the top part of the mantle was finished I draped two long strands of early vintage roping that has glass beading attached to it. After that was done more hats were added and finally the strands of tree lights. 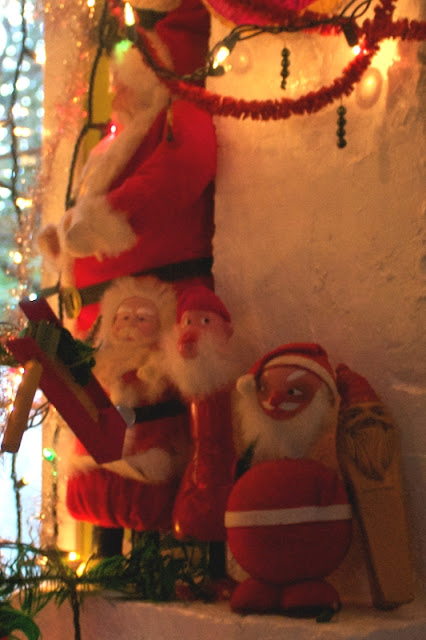 Here are a few more of my Favourite Santas. All of these were bought at Thrift stores years ago when items such as these were fairly common.

On the left is a hand-carved wooden nutcracker, next is a candy container Santa container. That tall necked Santa is my all-time favourite not because of age or beauty but for sheer sillyness. It is made of hard plastic. You hold by his middle, push it down and all of a sudden, his head, that is held in place by a cylinder of coiled heavy waxed paper, shoots up about 12" and falls back onto his neck. The next Santa I bought at Saint Vincent de Paul for $30.00. It stands about 10" high. The very next day I was at Salvation Army and saw a small table of Christmas ornaments. I didn't think that there would be much of interest but looked anyway. The last item that I saw was this giant Japanese Santa. The larger version of the Santa that I had purchased the day before For $2.95! 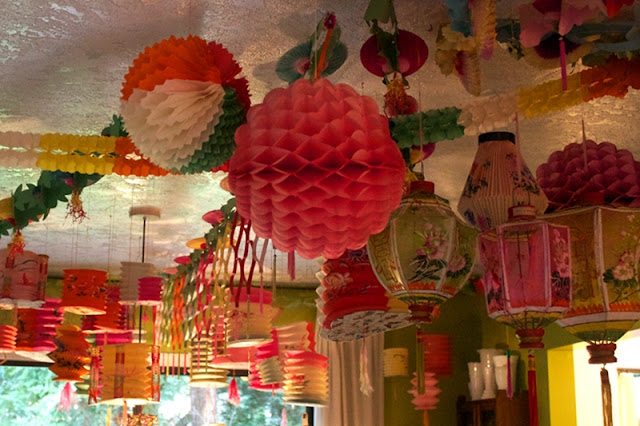 Every Christmas we hang paper garlands and lanterns. It wouldn't feel like Christmas without them. Once they are up it totally transforms the room into an Aladdin's cave. 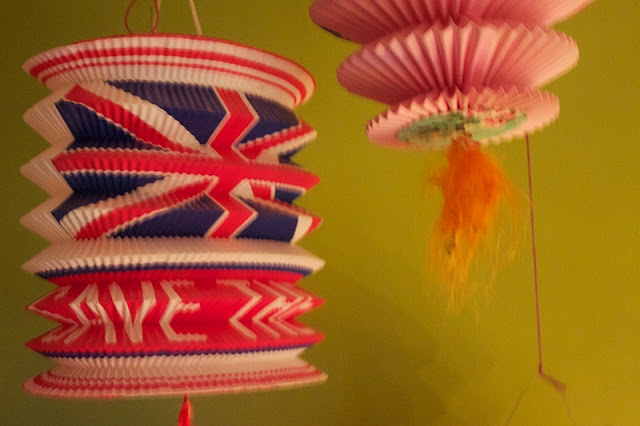 Paper lanterns and garlands are a British tradition. Two lanterns were used to celebrate the coronation of Queen Elizabeth. The Union Jack is on the front with the words "God save the Queen" circling the base.
Posted by Len at 7:34:00 AM