You may have noticed that I did not say, "Happy Fall". Autumn does not seem to be used as much any more and I love the word; it is poetic and has such a lovely sound when spoken. I am a one man crusader to keep the word alive!

... Black Cat is sitting over by the window looking out at the rain. I was telling him what I was thinking of writing about in my blog post. His response was that I was trying to make it more interesting and plump it up, sort of like a marshmallow, full of air.

After a moment he said, "You never write about me and Jack any more."

I was a little surprised at his comment and then promised that I would write about them more often.

He apologized to me for the "full of air" comment that he made about my blog post.

"But you do tend to go on you know" was his next comment; good old Black Cat.

I had promised in my last blog post that I would show you some of the rattles that I have been working on.

Some of these rattles will be used as accessories for veggie guys in the larger rattles. This is what I am planning on doing but I never design an item but create it as I go so my ideas are always in a state of flux until the item is finished, let's see what happens. 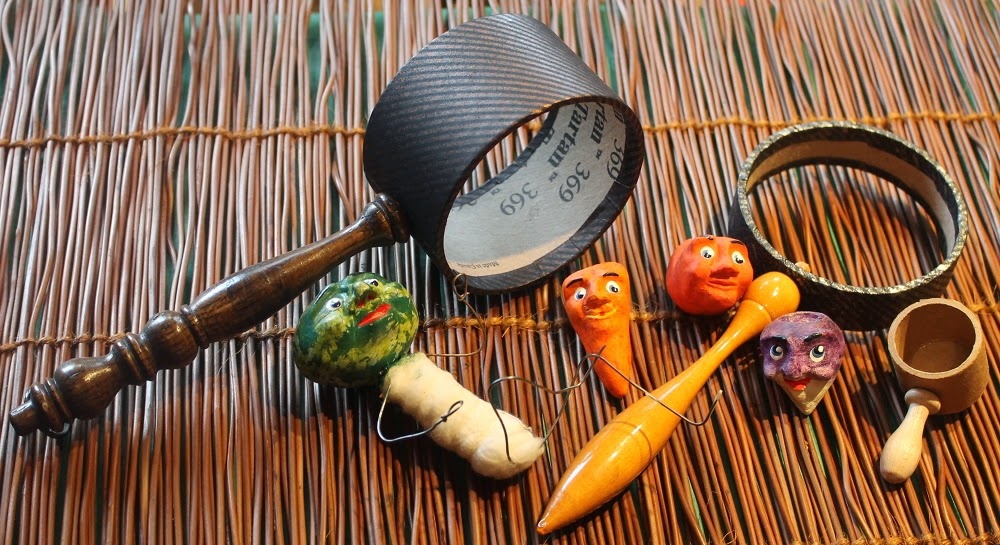 The watermelon fellow will be perched, I think, on top of the large rattle. I'm not certain what I'll be doing with the yellow handled rattle but there are a few things percolating in the grey matter. 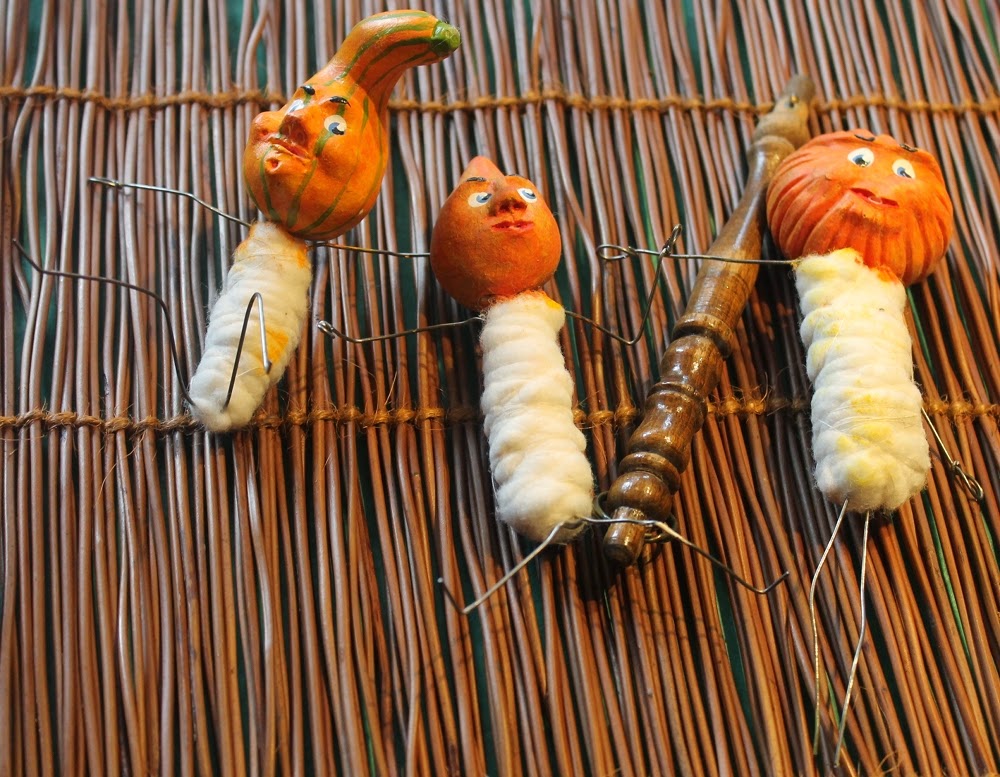 I found another turned handle, it was on my desk under some stuff. I have three other veggie guys that may be used with the rattles or on another project, I'm not sure.

Well, there we are, proof that I have not been goofing off. I mentioned this because of a conversation between Jack and Black Cat the other day. Well, enough of that I must get on with things. See you later.
Posted by Len at 8:03:00 PM

I too love the word Autumn. Wanted to name a daughter that, but didn't seem to fit the ones I had. :-) My very favorite season, and will keep it in my heart and home until after Thanksgiving. I don't like to rush through this time of year, it's a season to be savored, enjoyed, celebrated and grateful for. So I will join your crusade to keep Autumn alive. <3

Good for you Sheryl! I love this time of year, it is more than just Hallowe'en, it is the season of Autumn that is so delightful. By the way did you notice that I also spell Hallowe'en the old way with an apostrophe. Enjoy the season!