The weather for the last 2 weeks on the West Coast has been rain, rain, rain. At times it was coming done so hard that there was no point in going out in it even for a leisurely drive in the country. Last Saturday there was a lull in the rain so off we went to some of our favourite spots in Saanich north of Victoria. 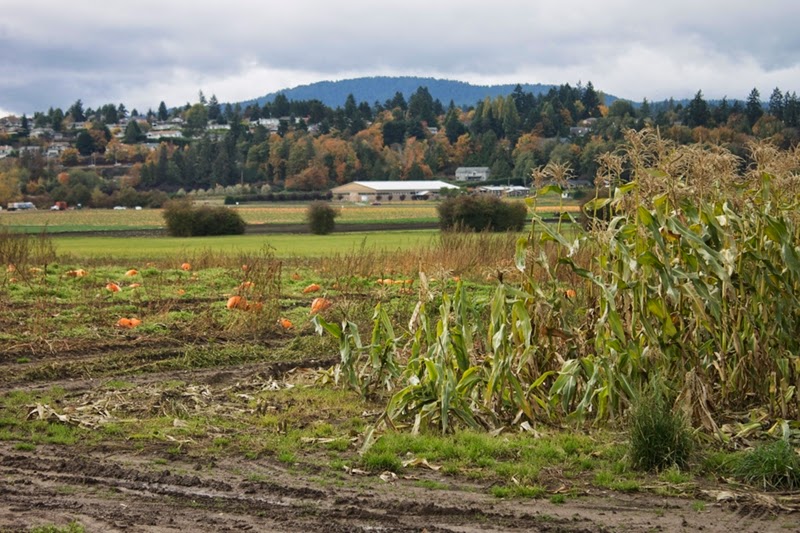 That big field of orange pumpkins was over on another road but we did get to see vast empty fields. 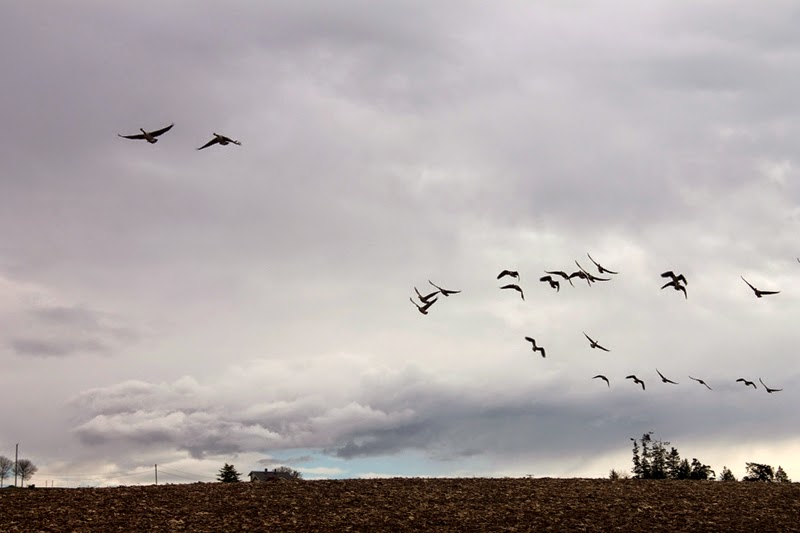 Canada Geese were flying across this desolate field. 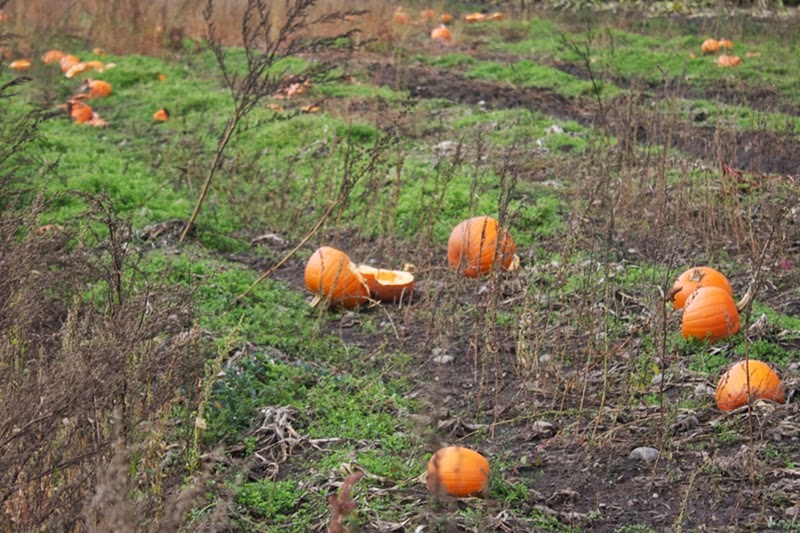 Not all pumpkins make it to the farmers market. Some pumpkins are broken during the harvest. 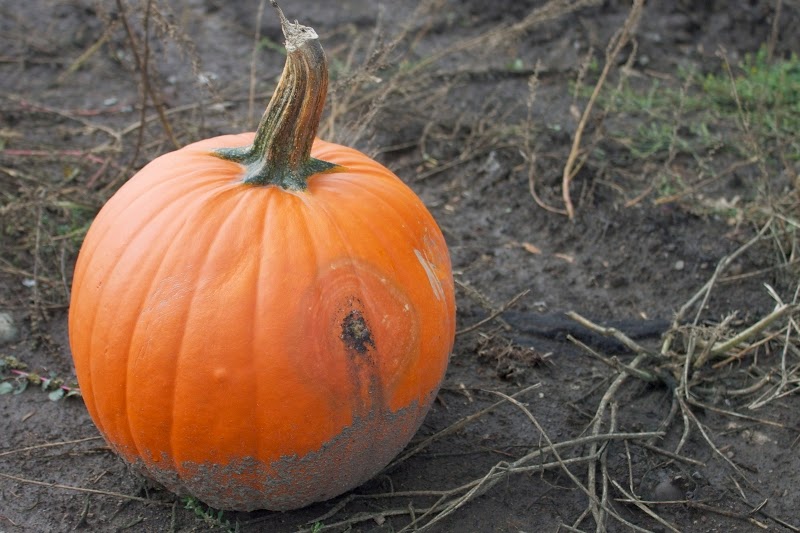 Other pumpkins have started to rot on the vine and are left behind. 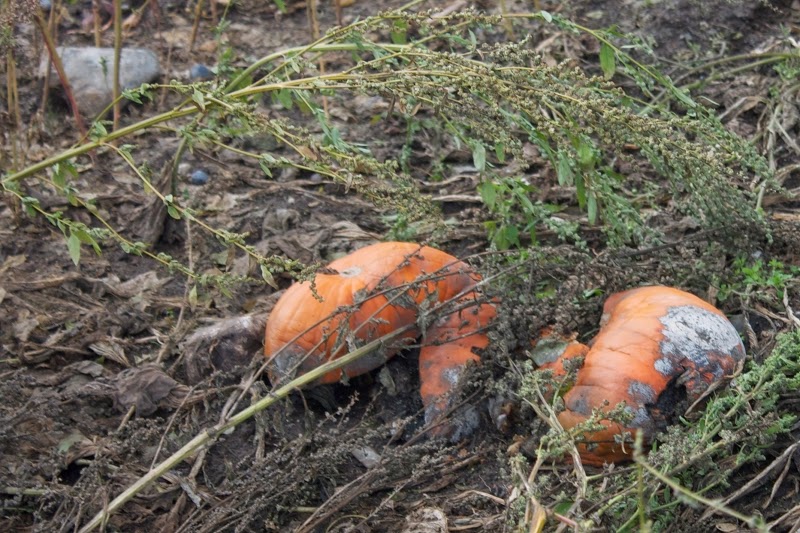 Before the season has started these are well on their way to fertilizing the field. 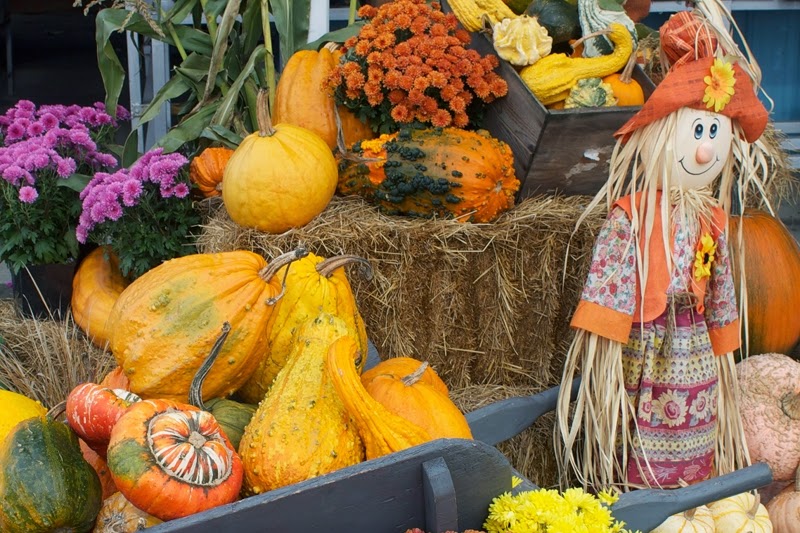 We came across Firbank Farm Market. The displays in front and inside were beautifully done. 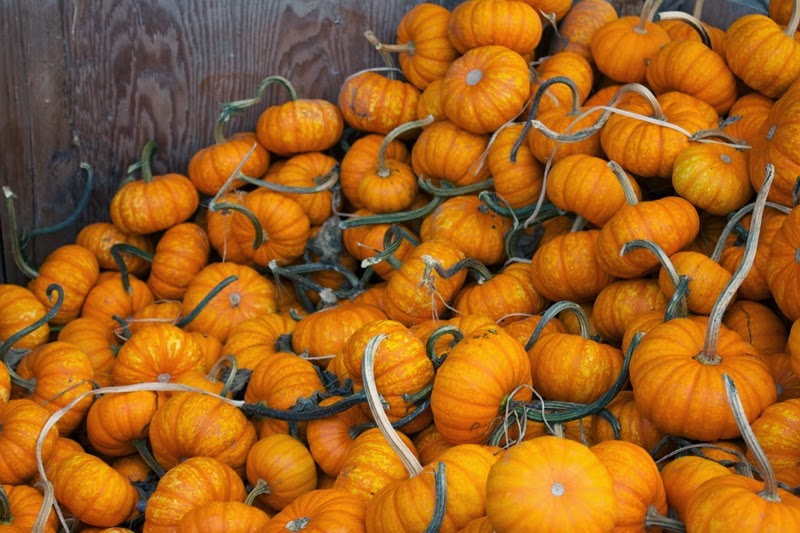 There were bins of mini pumpkins. 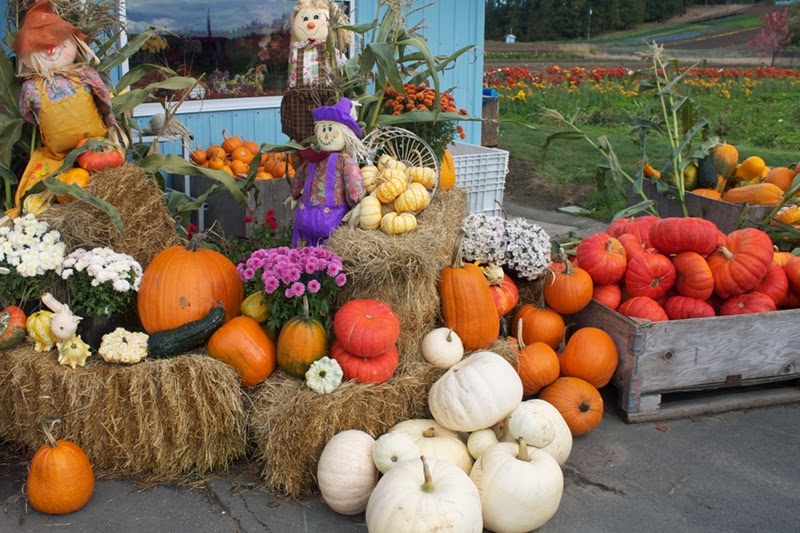 Chrysanthemum's, hay bales, scarecrows, pumpkins and gourds of every colour and shape, what more could anyone want that is in love with this season. There are so many ideas for future sculptures here. 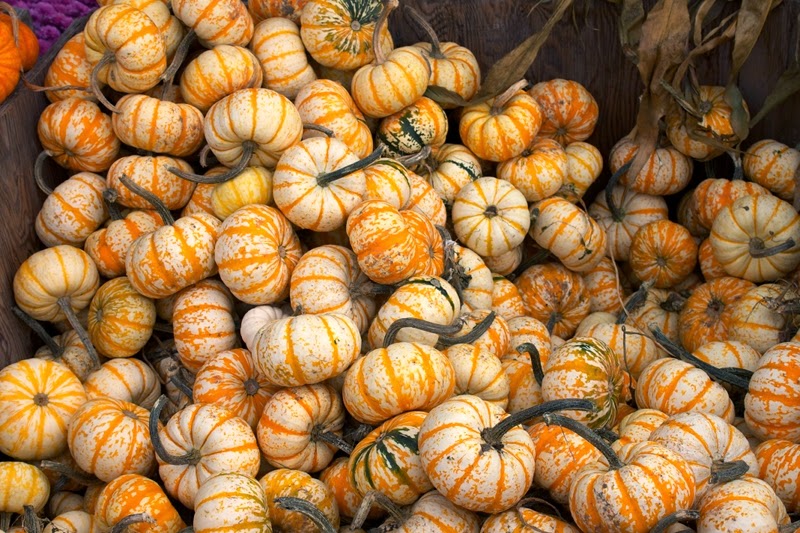 Another bin of mini multicoloured pumpkins. 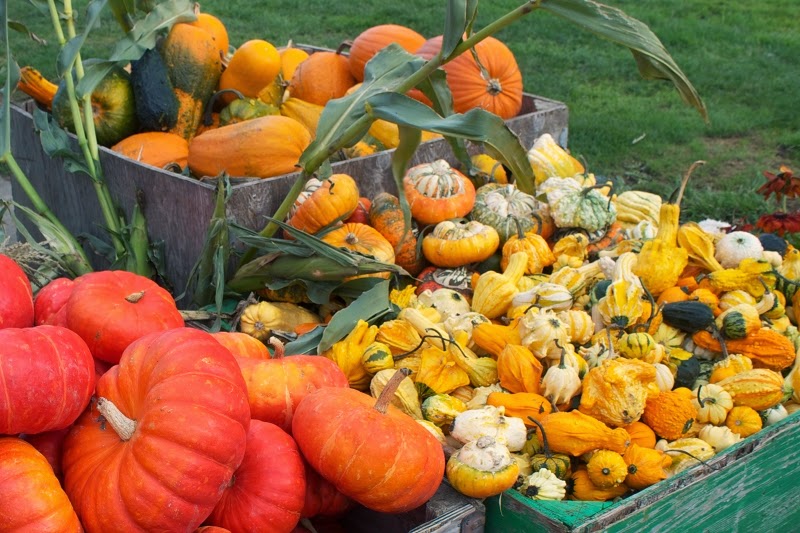 Cinderella pumpkins, those big flat orange ones, are supposed to make great soup. 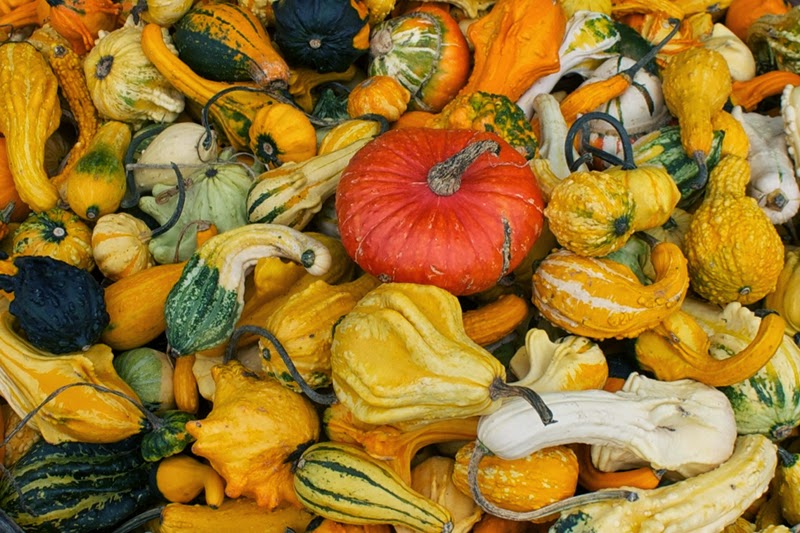 This bin of yellow, white, and green gourds had one orange squash placed on it. That one spot of intense orange made everything else look so much more interesting. 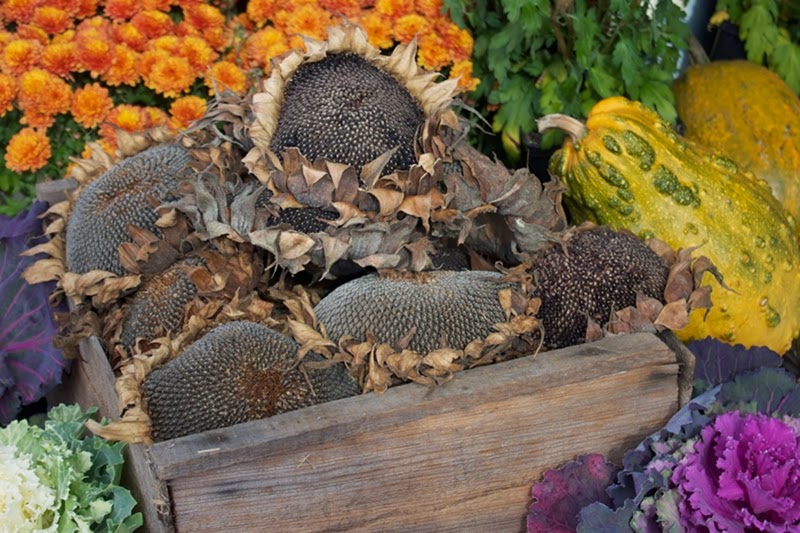