Mobile for our new grandson

Here is an update on the mobile that I have been making for our little Swiss grandson, but first I should introduce you to... 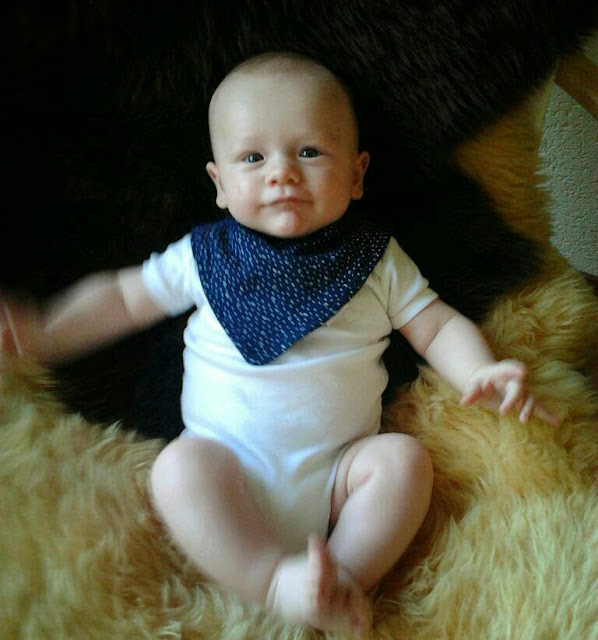 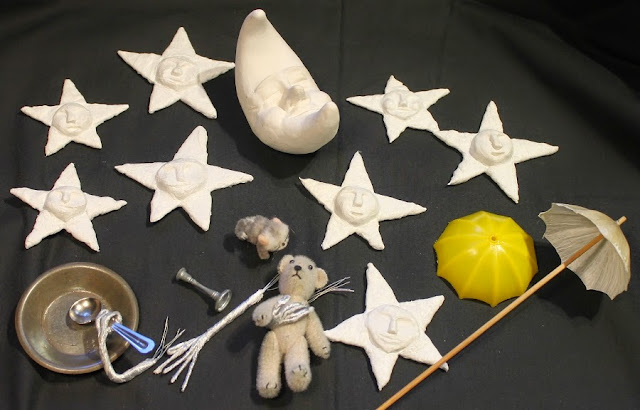 I showed this picture a while back at the end of this post. The stars and the arms were made as well as a bunch of the props were chosen. 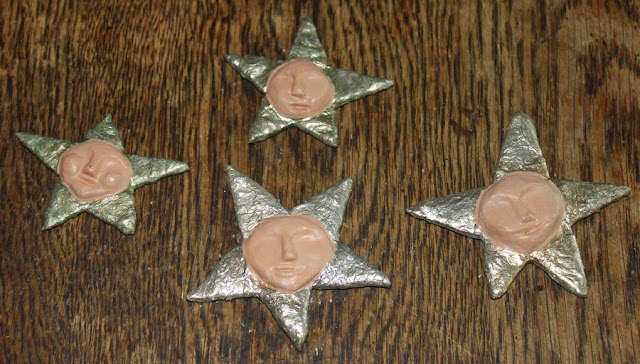 The stars were gessoed and then painted with silver acrylic paint.

On one of my trips to Salvation Army I picked up some bronzing powders. Once the acrylic was dry but still tacky I dipped my finger tip in the powder and rubbed it on various areas of the star points. I have a silver, a gold, a spring green, and a dark green so I varied each star. 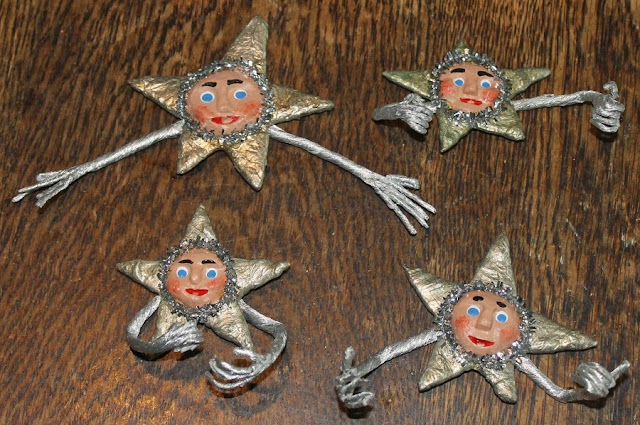 The faces were painted minus the pupils, they will be added once the star has the little nursery rhyme character in it's arms, and silver tinsel was added around the face. 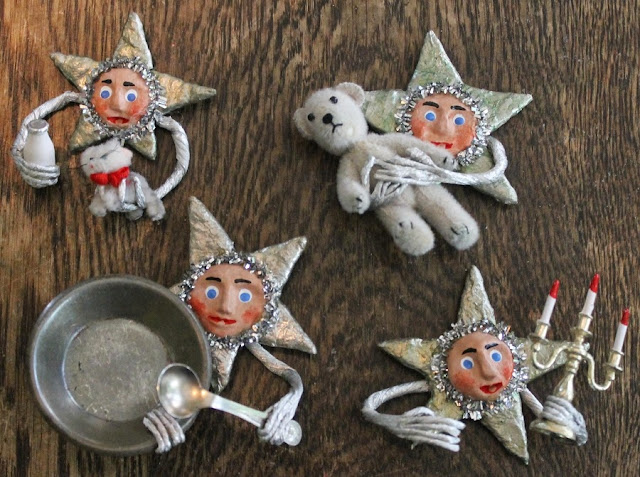 Here are four of the stars almost finished.

The top star on the left is "Pussy Cat, Pussy Cat Where Have You Been?"

On the bottom there is "Hey Diddle Diddle" and "Jack Be Nimble". 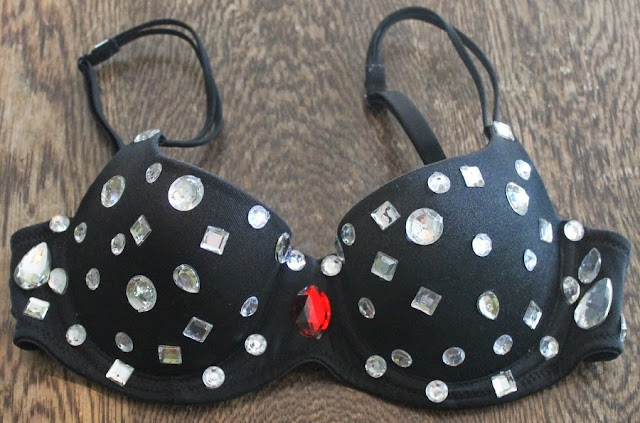 This post about the Sidney thrift shops revealed this wondrous brassiere. My daughter-in-law said that I should have gone to a craft store for the diamonds. I never or should say very seldom go to craft stores for supplies so this never even occurred to me! The hunt for the elusive diamonds was fun as well as being very funny once I did come across them!

The plastic diamonds have been removed and the bra is in the garbage. 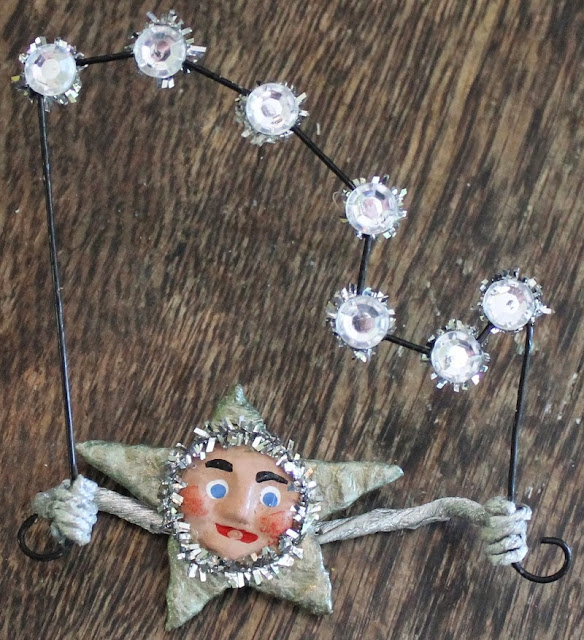 Meet "Twinkle, Twinkle Little Star". Originally he was going to hold a star but the idea of a constellation was so much fun and hopefully will lead to star gazing when he is a little older.

My post about the lounge that went wrong, "It's time to call it quits" was originally meant to give you a somewhat humorous inside look at the disasters that occur in the studio. I think that I may have failed at the light hearted approach and given the wrong impression, sorry about that!

I have been mulling that dastardly divan over in my mind and I may have come up with a way of getting the look that I am after.