I have not been around in "The Land of Blog" for quite a while. I had done a post about that chaise lounge that was not looking the way it should. The last post was showing the mobile that I was making for our new Swiss grandson, Aaron. 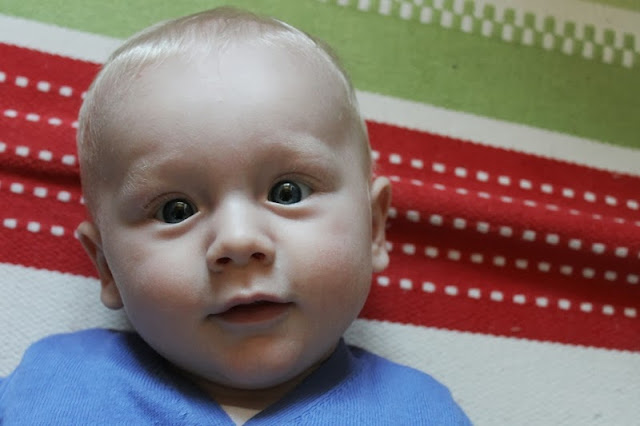 The one thing that I did not mention was that the mobile was not going to be mailed but taken over to Switzerland in our luggage. I was on a deadline to get it finished as well as do last minute chores around the house before we left. Other work in the studio came to a grinding halt.

The mobile was finished just in time to quickly photograph it and then pack it carefully in a box to go in my suitcase. The photos aren't the best and the backgrounds are a little tatty but at least I can show it to you. 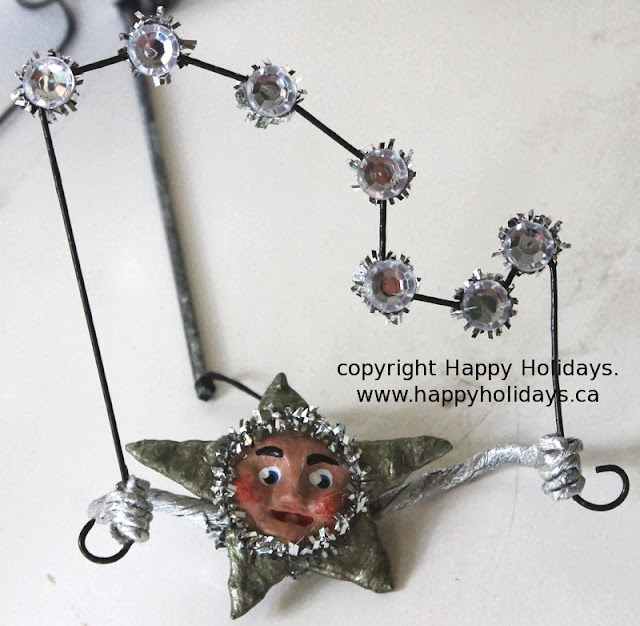 Each of the stars vary from 1 3/4" to 2 1/4" high from the two bottom points to its top point. This star represents the nursery rhyme "Twinkle, Twinkle Little Star". He is holding the constellation Ursa Major also called The Big Dipper. 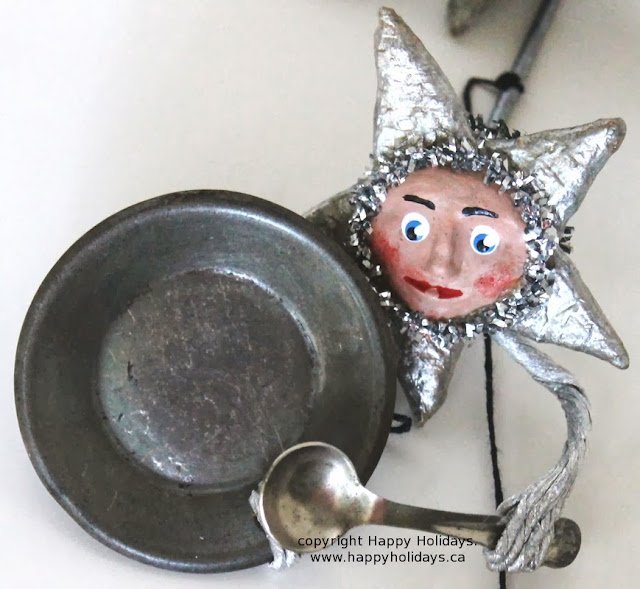 Here we have the nursery rhyme "Hey Diddle Diddle". 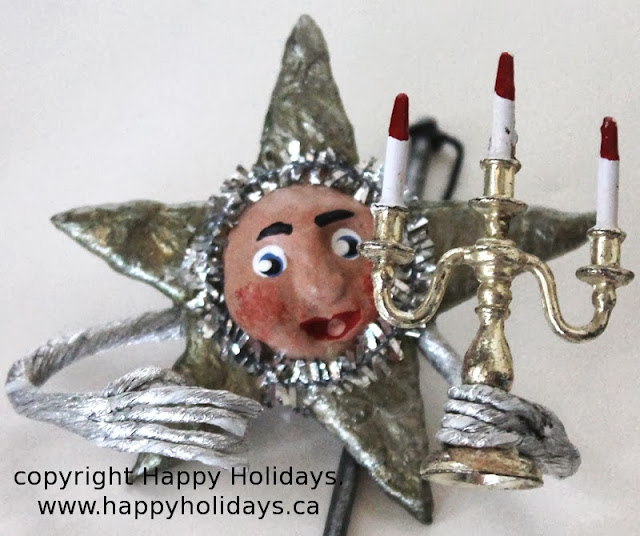 The candelabra this little guy is holding is for "Jack be Nimble, Jack be Quick". 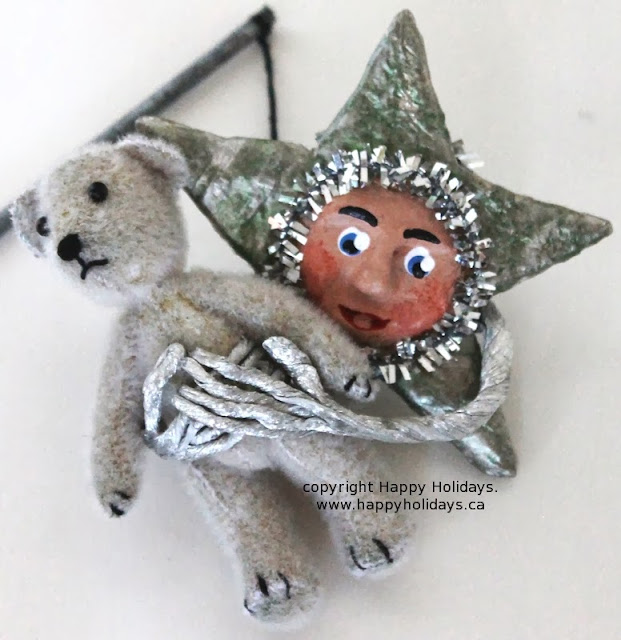 This little star is holding his Teddy bear. I didn't know of a nursery rhyme for a bear but Trish, having taught kindergarten for quite a few years came up with a poem she used in her class called "Teddy Bear, Teddy Bear". The appropriate action goes with each line of the poem. 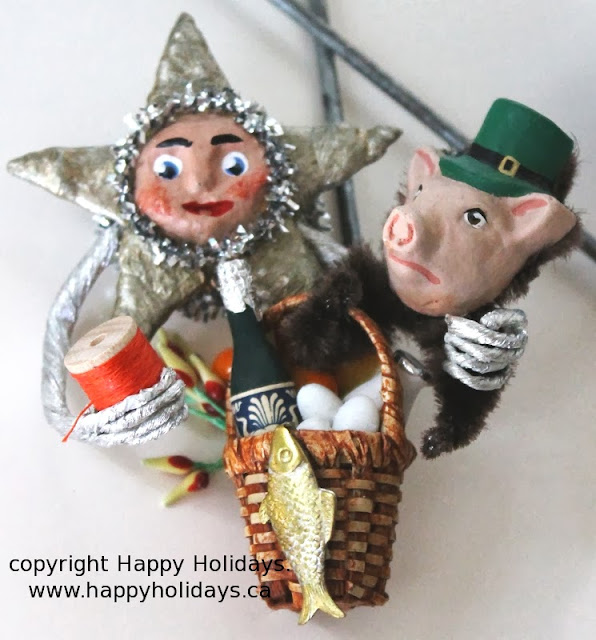 This little star has been to the market. There are two nursery rhymes that can be used with this one, "To Market, To Market to Buy a Fat Pig" or "This Little Piggy Went to Market". 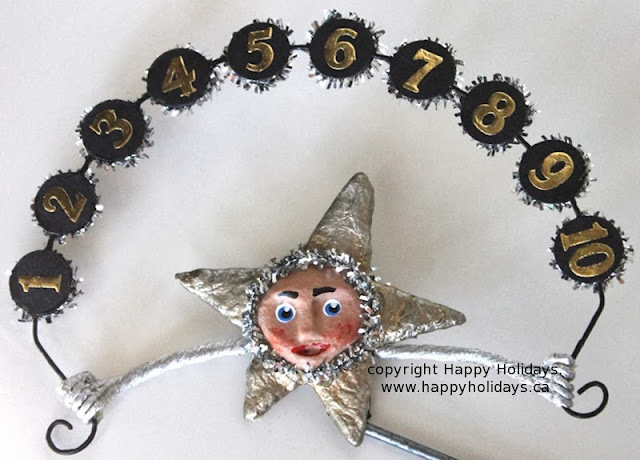 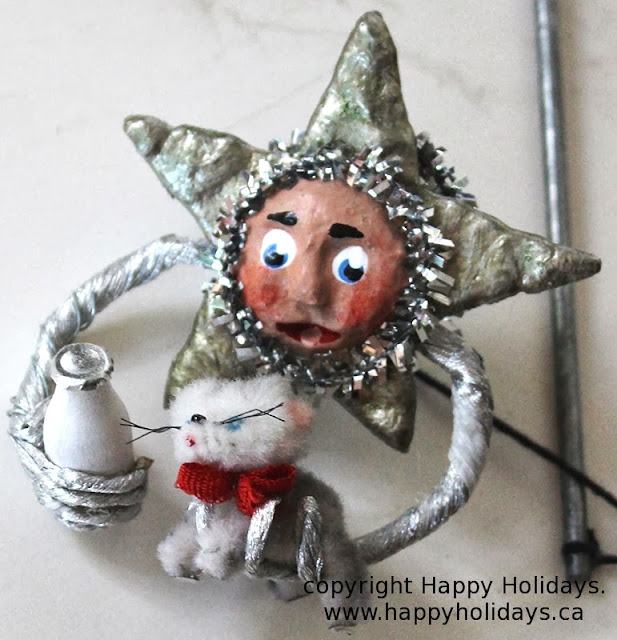 "Pussy cat, pussy cat where have you been? I've been to London to see the Queen." 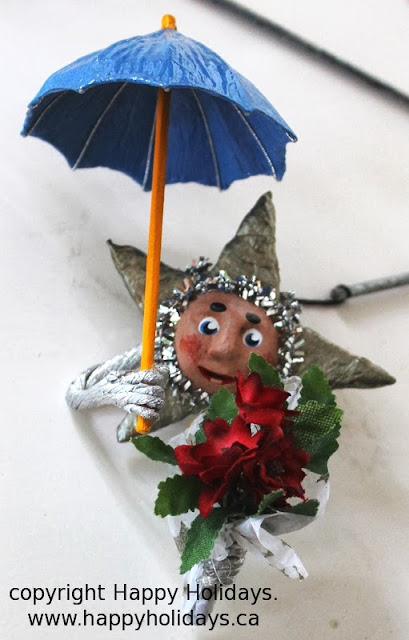 That umbrella took far to long to make, but it does look quite nice. This nursery rhyme could only be "Rain, Rain Go Away".

That is all of the stars that were made for the mobile. 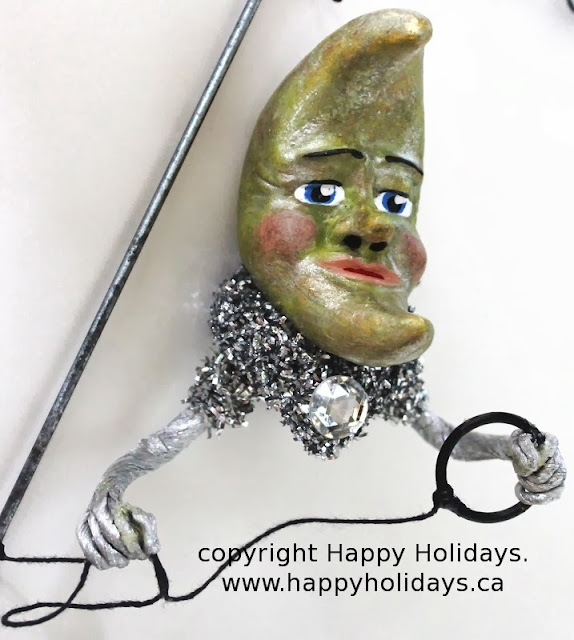 The Man-in-the-Moon is at the top of the mobile and is holding the cord that the stars are hanging from. 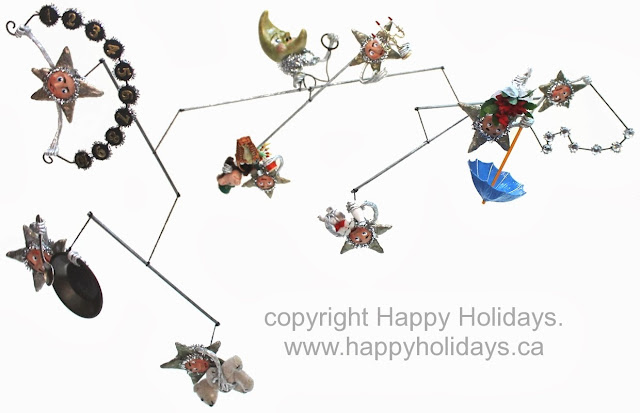 This is the finished mobile from little Aaron's view point.

Each of the stars hang flat when you are looking up at them. It took a bit of time to find the centre point of each star so that when he was looking at them they were looking down at him.  It took even longer counter balancing each of the stars on the rods and then on their various levels. I am very pleased with the finished mobile. 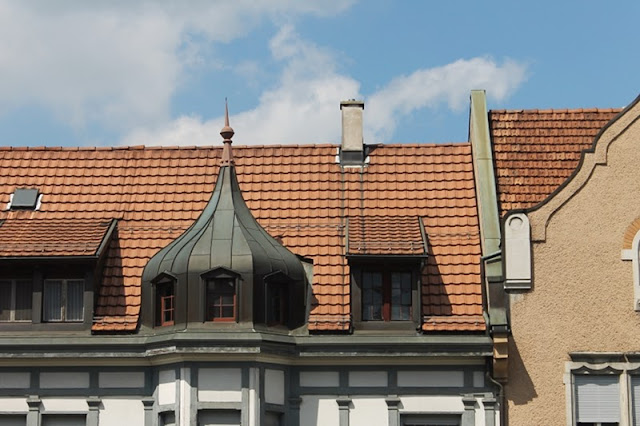 When we were in Switzerland we took LOTS of photos that I have been going through and sorting for blog posts. There is so much inspiration over there... and amazing cheese... the best chocolate... bread is so tasty, it would be considered artisan bread over here but is everyday bread in Switzerland... ice cream, so expensive, but oh so good... enough, more posts to come.

I almost forgot tp mention; check out my Etsy shop, I have been adding new items in the last week or so. I did mention on Facebook that I would have stuff added in the last week of August... well that didn't happen! Three weeks in Switzerland is the culprit. When we arrived in Switzerland the jet lag lasted maybe a day and a half max. When we came home it took over a week to get back to normal.
Posted by Len at 6:01:00 PM

I was just thinking about you today. What a lovely gift for your grandson, I am sure it will become a family heirloom!

I was just thinking about you today! What a cool gift for you new grandson. Glad to hear you had such a good trip.