In honour of back to school my brain tour is about vintage children's textbooks. Years ago we came across some old textbooks at a recycling depot. They had arrived there when the depot had opened and we were the first people that had asked if they had any old textbooks. We had to climb up a stack of boxes about 4' high and over to the back wall about 20'. There were at least 10 boxes of old textbooks. After going through all of the boxes we had a cardboard box full of books. When we went to pay for them I asked the fellow how much did we owe. He said to make an offer. Thinking that all I could afford at the time was $5.00 I offered that amount. He responded with "Oh that's too much, how about $2.00." We paid him and that began our collection of vintage textbooks.

These three illustrations are from "The F-U-N Book", first published in 1923. This is the thirtieth printing - 1952. Maud and Miska Petersham are the husband and wife team that did the illustrations for this textbook. They illustrated many beautiful children’s books throughout their career. 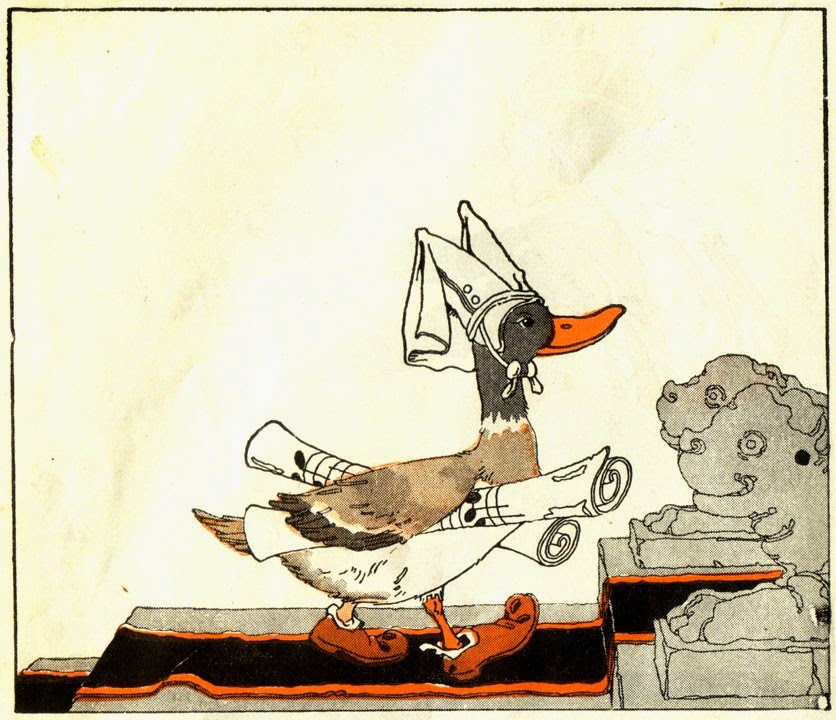 I love the absurd silliness of a musical duck wearing shoes and socks. She is made a little more serious and respectable with her medieval headdress. The mixing of different costume time lines makes this illustration comic and approachable. This is pure fantasy, not just an historical representation of an era.

A bird's nest is his castle! The attention to detail is delightful. 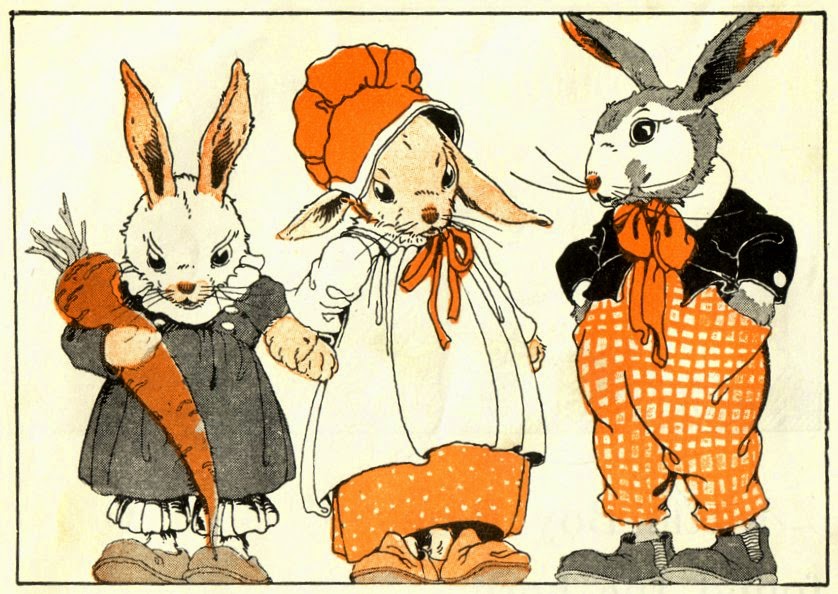 These three rabbits are more realistically drawn than most of the children's illustrations of today. The costume detail is wonderful. Modern illustration tends more toward a cartooned style. That is a very general statement. There are some beautiful children’s book illustrators, but more about them at another time.

The following two illustrations and the end papers are from "The Work-Play Books, Make and Make- Believe", published in 1937 with illustrations by George M. Richards. 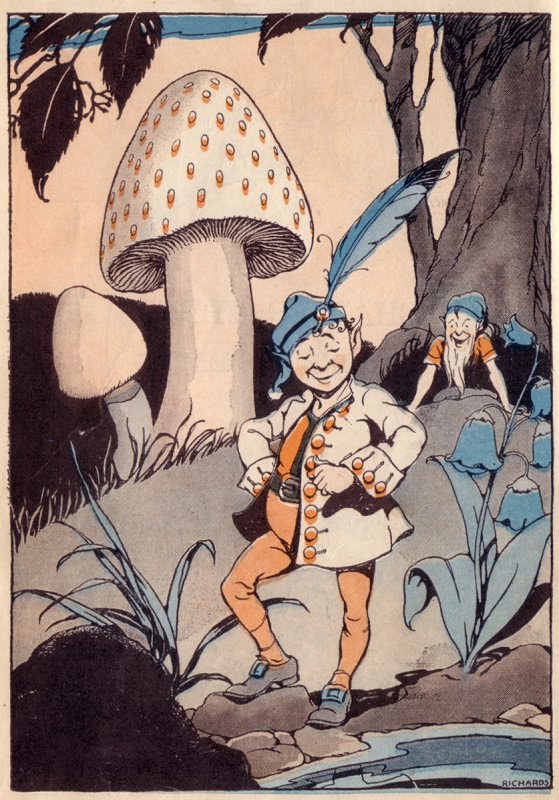 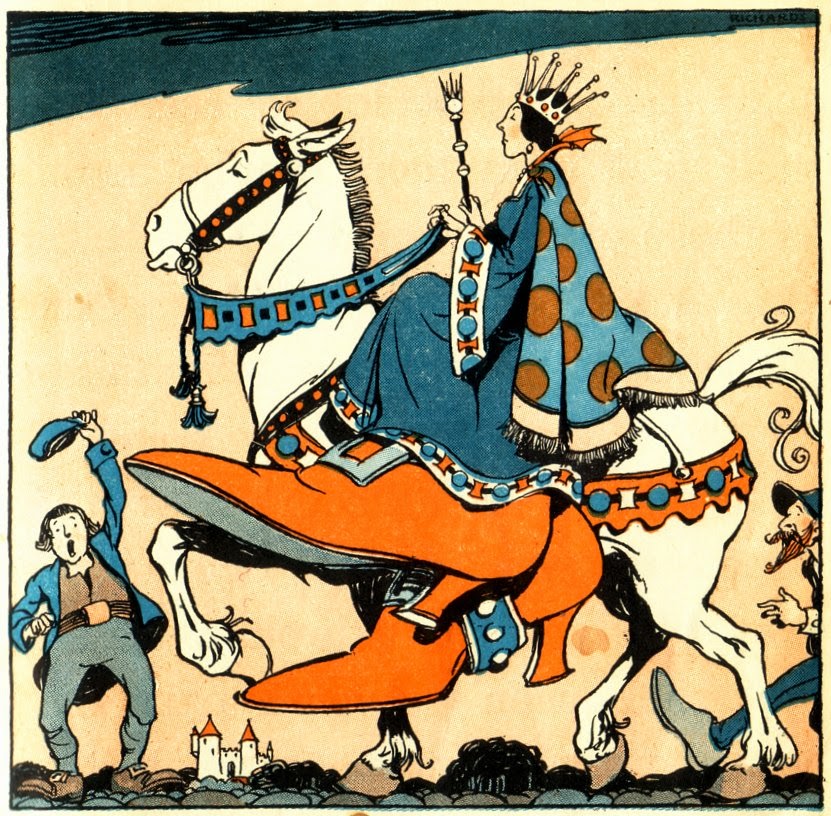 The comic absurdity of the expressions on the lady riding the horse and the horse itself coupled with the giant feet is great. 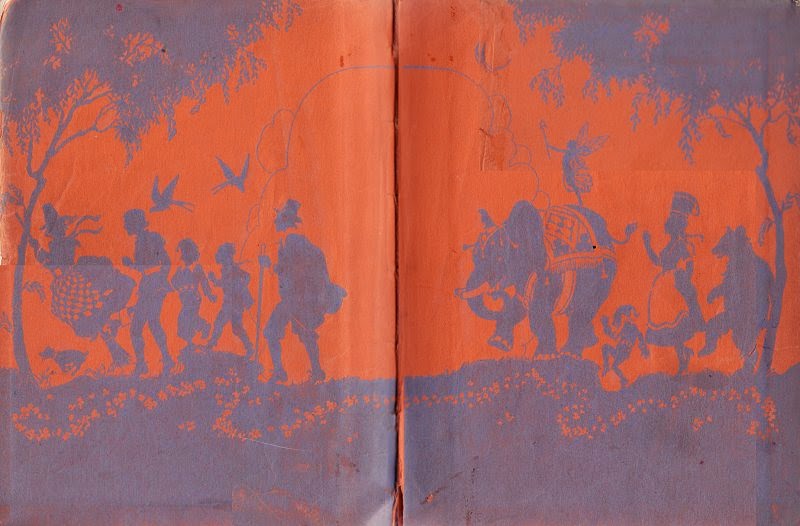 The end papers of the textbook are quite soiled, but I have managed to put together a composite image so that you can see it uninterrupted. Click on the image for a better look. 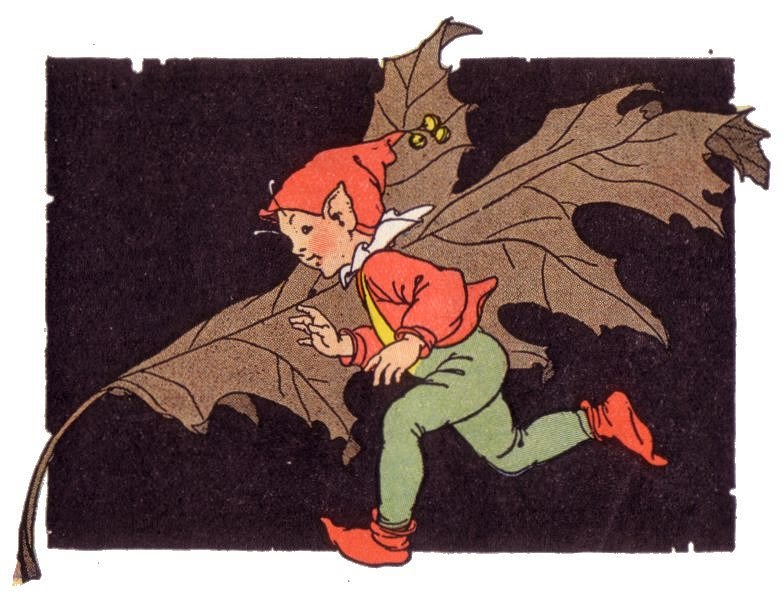 This illustration and the following one are from the "Canadian Children's Own Readers" series. This book is titled "Friends - A Primer" and is illustrated by Marguerite Davis. There is no publishing date on it, but it appears to be from the late 1920's or the early 1930's. 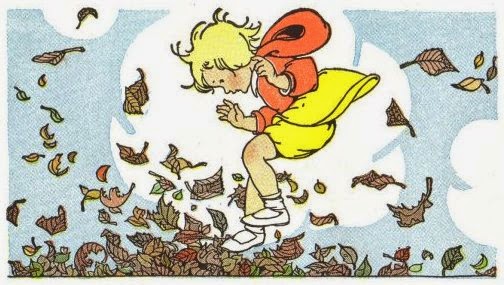 There is a joyous sense of childhood depicted in the illustrations. 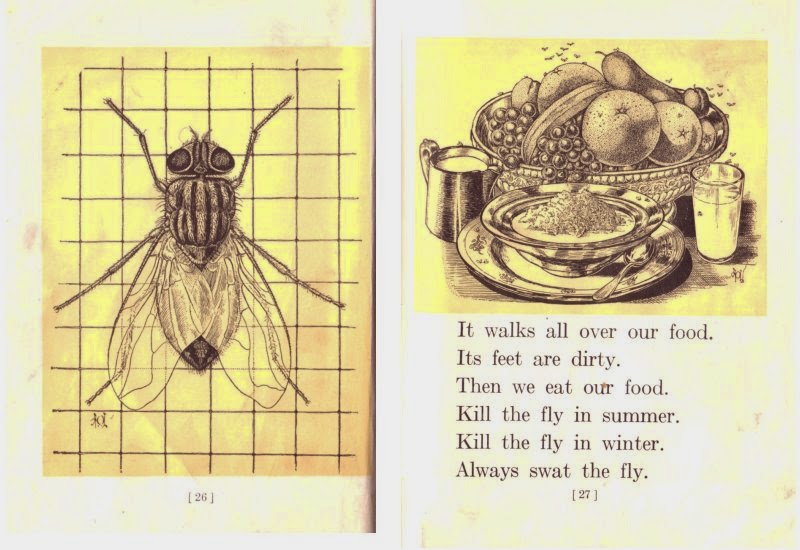 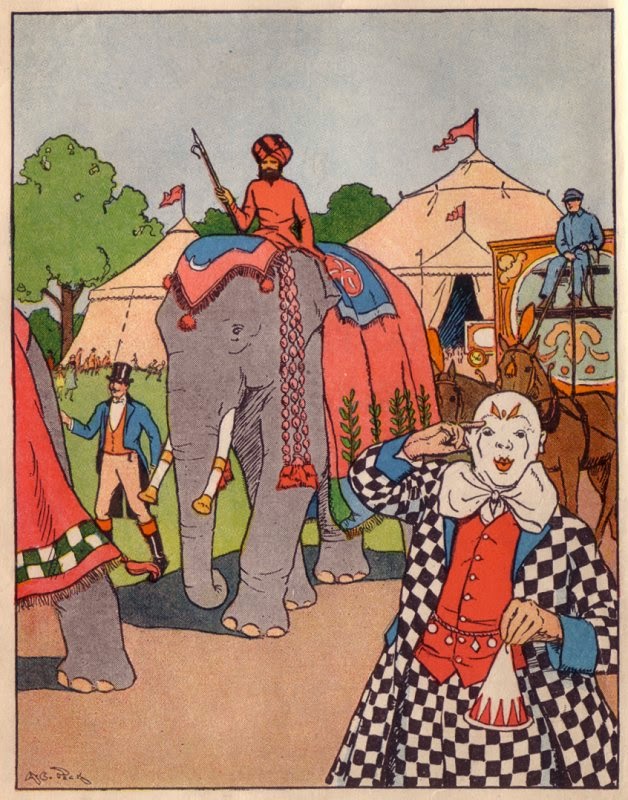 This last illustration is from the "Canadian Work-Play Books, Round the Year", published in 1938. All of the illustrations are by A. Gladys Peck. Hooray for the circus, I almost put this illustration in the post about the circus.
Posted by Len at 3:15:00 PM

Email ThisBlogThis!Share to TwitterShare to FacebookShare to Pinterest
Labels: a little tour of my brain, circus, Costumes, vintage text books