A Little Tour of My Brain, Part 18 - Far Off Places

HELLO! I'M BACK!! (I am not going to mention anything about "The Incident" with the computer. Old news, best forgotten.)

I thought that I would show you some vintage advertising art and paintings used to illustrate magazine articles. These images were all painted by hand, as opposed to modern day digital images, for advertising campaigns from the 1920's to the 50's. The colours are so soft and romantic and by that I mean they give as sense of yearning for those far off places. 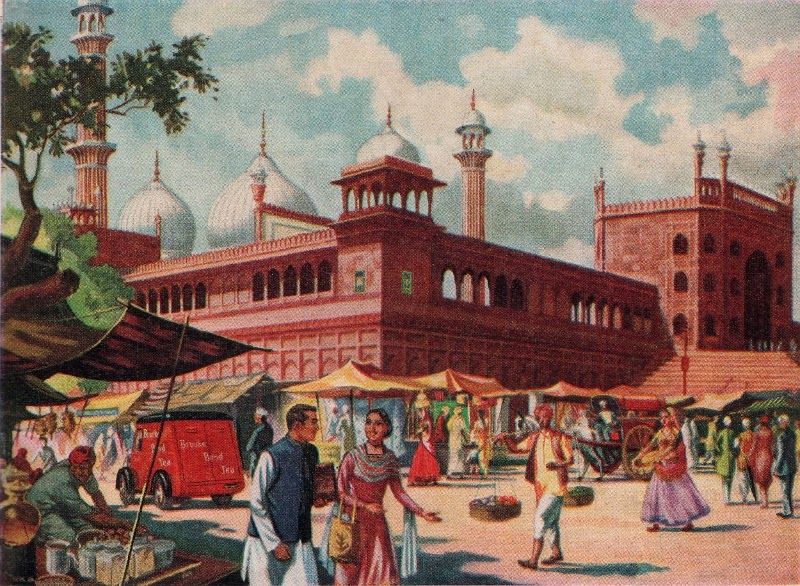 This image was for a "Brooke Bond Tea" advertisement that I found in a 1956 British women's magazine , "Woman and Home". 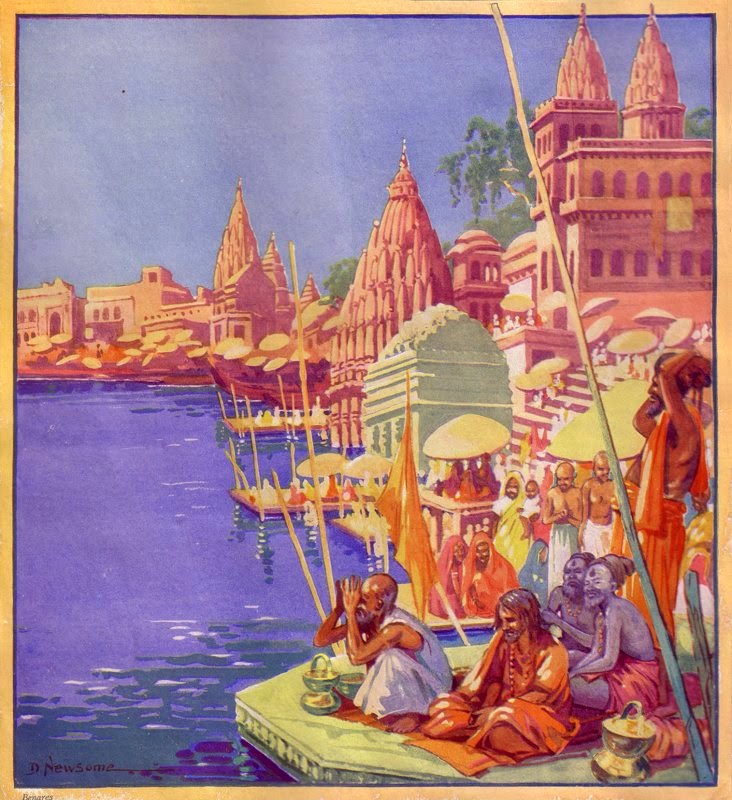 I do not know what magazine or article this came from, it was found in an old scrapbook that my mother-in-law gave to me. She noticed that one of her pupils was just going to cut up the scrapbook and rescued it as well as another scrapbook that was in the scrap paper bin. They put together by some young girl? living in England. The two following images are also from the two scrapbooks. 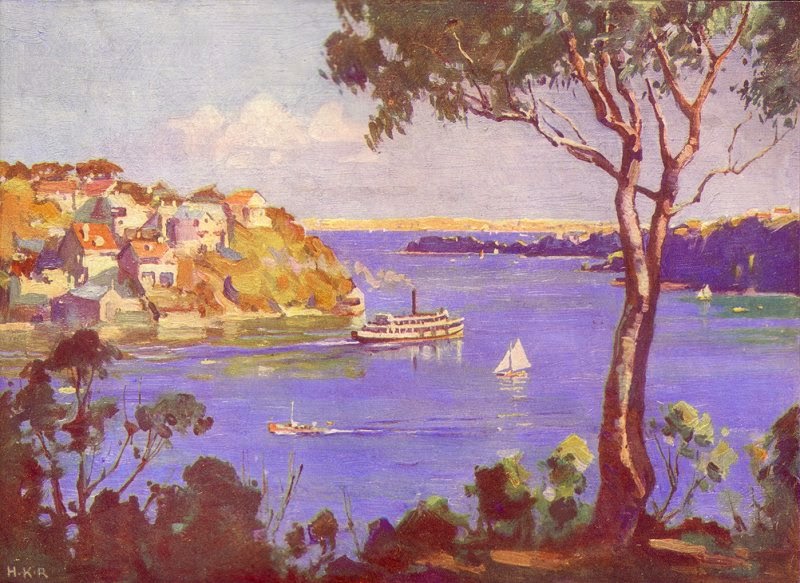 The colours in the painting are so relaxing, it is almost as if you are on holiday in that area faraway from any concerns and exploring the terrain around you. 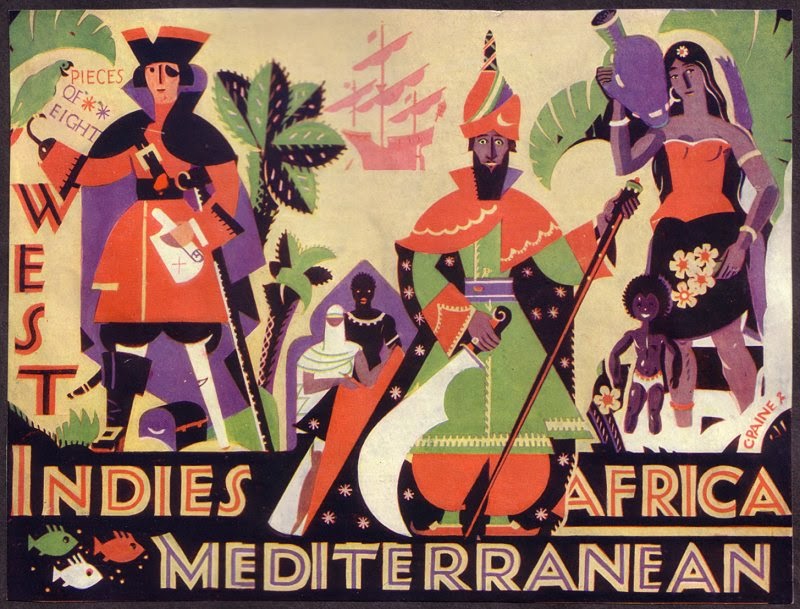 Totally different from the previous pictures but the colours are very similar. 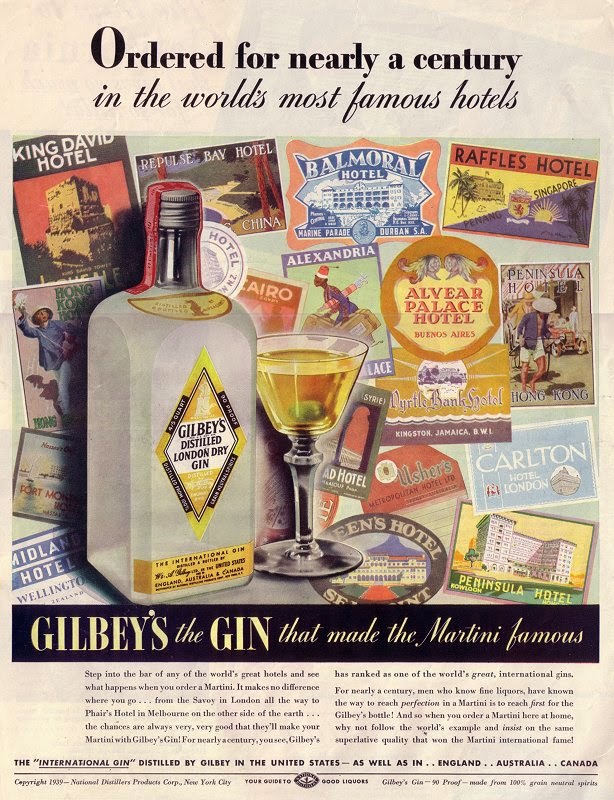 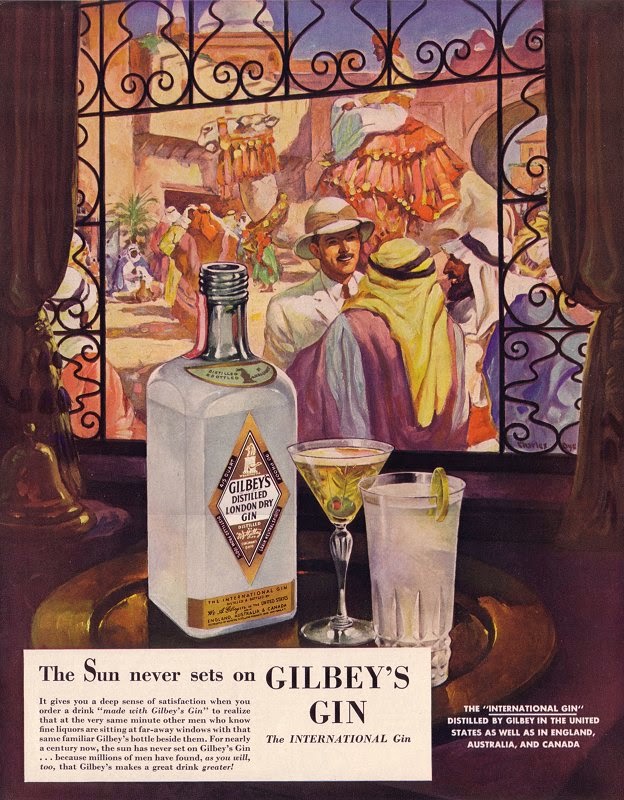 "The sun never sets on Gilbey's Gin - the international gin." or so says this advertisement. I'm not certain that the view from this window if it were real would be as appealing as the artist has depicted it. None the less it would be interesting.
Posted by Len at 7:53:00 PM

Email ThisBlogThis!Share to TwitterShare to FacebookShare to Pinterest
Labels: a little tour of my brain, vintage advertising art