The Teapot and the Peek

I love cryptic titles! Recently I picked up this Hallowe'en Black Cat teapot at the Salvation Army Thrift Store. It was sitting on the top shelf with some other teapots that looked as if they had at one time been part of someones teapot collection. 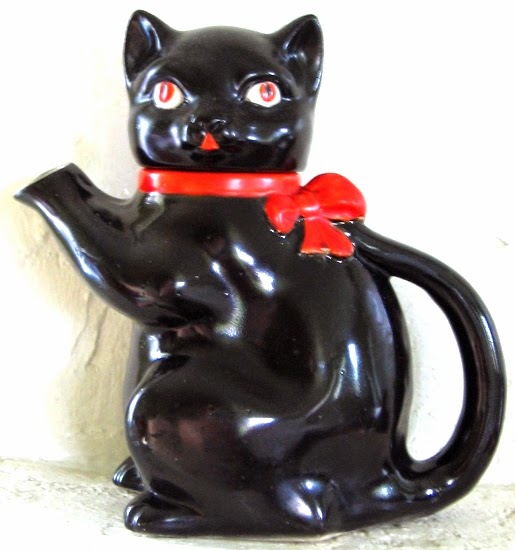 Black Cat was very impressed and felt that it looked very much like himself, regal and mysterious. Jack rolled his eyes. 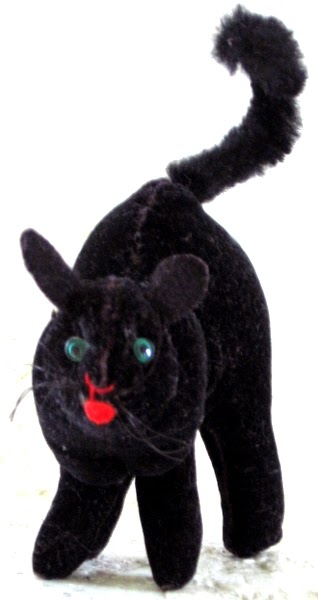 I pulled out two other cats from my Hallowe'en collection. Black Cat and Jack were each trying to get a closer look as I was taking the photographs. It was very tiresome as they kept nudging my arm just as I would take the picture. There were quite a few pictures that were out of focus! I must use a tripod next time. Jack thought that this cat looked like Black Cat during his awkward teenage years. Black Cat didn't say anything. 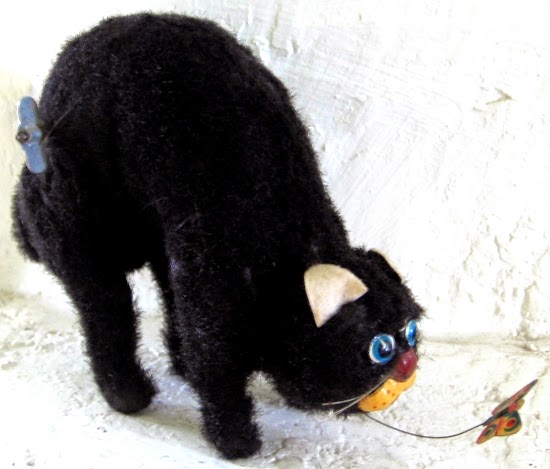 There was a bit of a stifled giggle from Jack just after Black Cat made a comment concerning how silly and undignified he felt this wind-up toy looked. "No self respecting cat looks at all like this silly toy," was all that he said. Fortunately Black Cat did not hear Jack.

When this toy cat is wound up and released his tail spins around, he crouches, and then leaps after the butterfly that bobs in front of his mouth never to catch it. Jack later mentioned that Black Cat does this all the time and that just like the toy he never gets what he is stalking. I am so glad Jack had the common sense not to say anything about his observations. Those two are very good friends despite the silly things that go on between them at times. 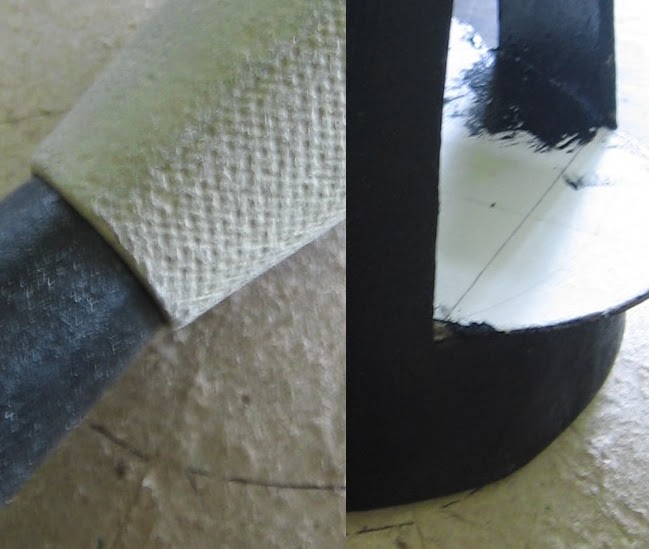 You have seen the teapot part of the post and now for the peek. I am working on my piece for the upcoming EHAG Emporium sale at the end of the month. This is all that you are going to get a look at, remember this is a "PEEK". 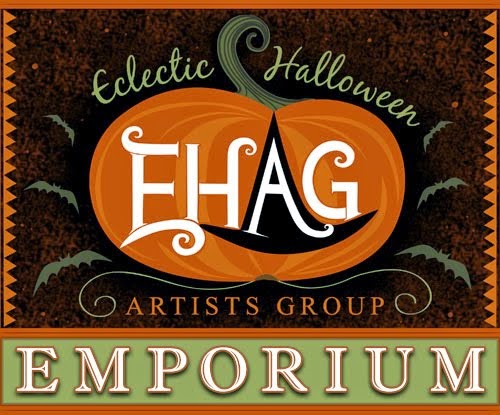 More wonderful work will be available at the end of the month from the very talented artists of EHAG, myself included. Check out the work from previous months, just click here to go there!
Posted by Len at 9:20:00 PM