Autumn in the Country

A few weeks ago we did our annual trip to the country which really means drive a little ways to where the farms are. We are so fortunate to live on Vancouver Island, we have mountains, farmland, lakes, and ocean all within a very short driving distance. 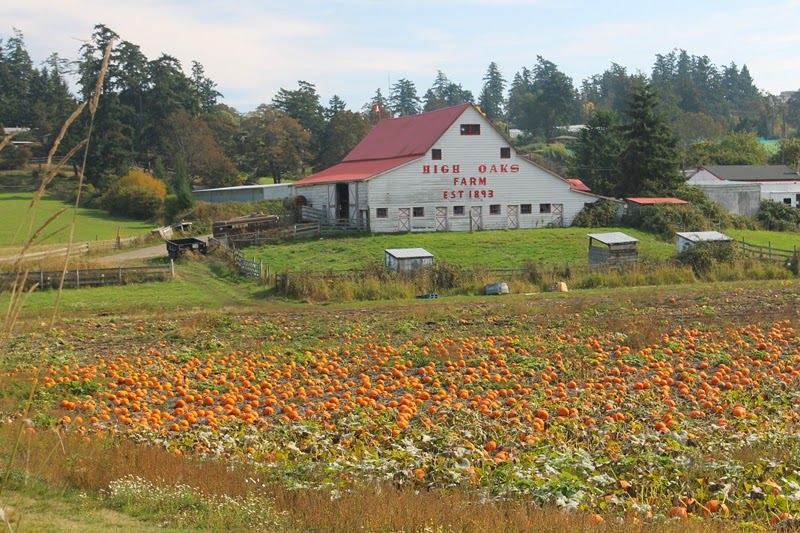 We have a route that we do; High Oaks Farm Est. 1893 and then out to Dan's Farm Market to buy squash and pumpkins. 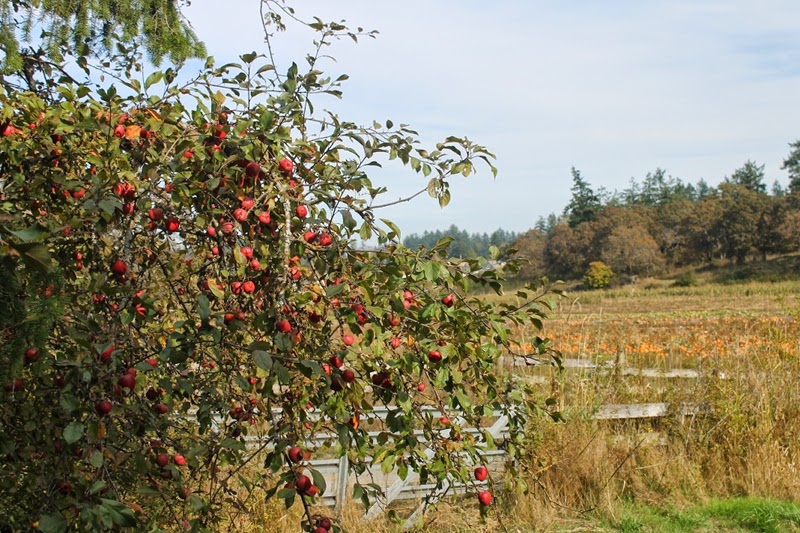 I am not certain if this is an apple or crab apple tree; the flesh was red for the most part. Yes, we picked an apple each, the tree was on the side of the road and I don't think anyone picked them. 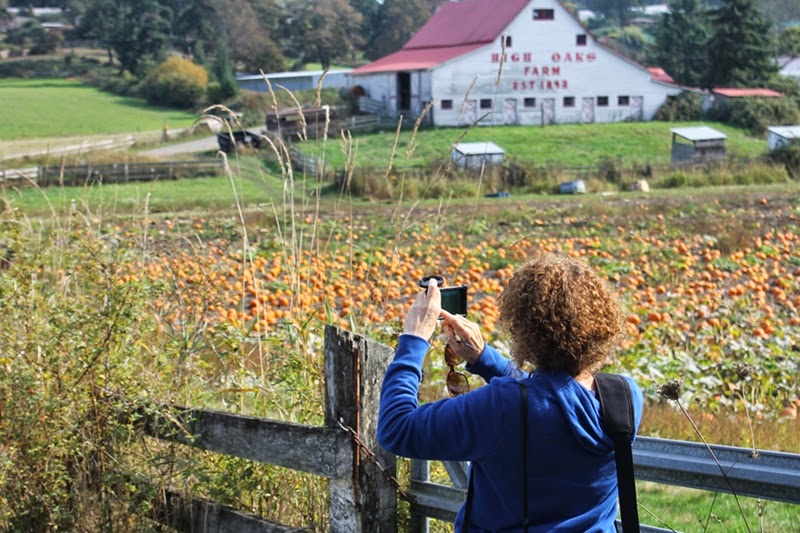 I was using my camera and Trish was using the cell phone.

We met and were talking with the wife of the owner; she was saying that they may have to sell the farm because none of their children want to run it and it is too much for them to run. They rented to the farmland to Gayley Farms this year for growing pumpkins. 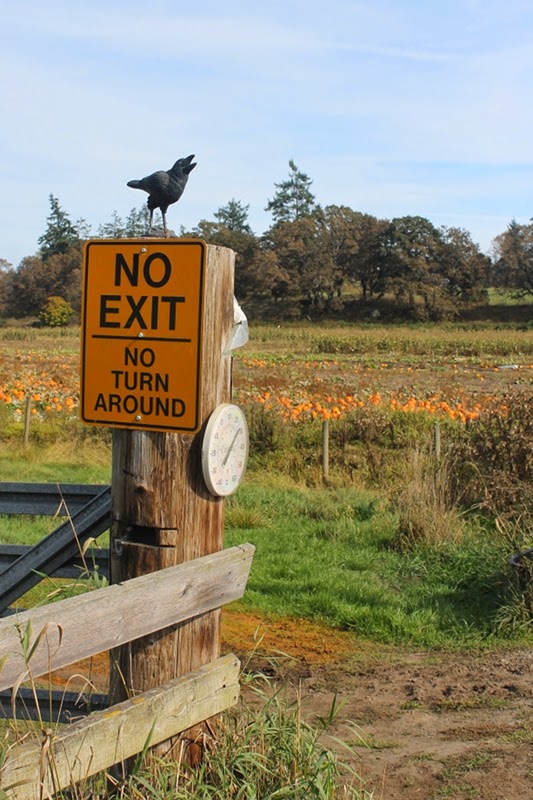 She let us go down the driveway for additional pictures. I loved this fake crow on the fence post with the sign and thermometer. 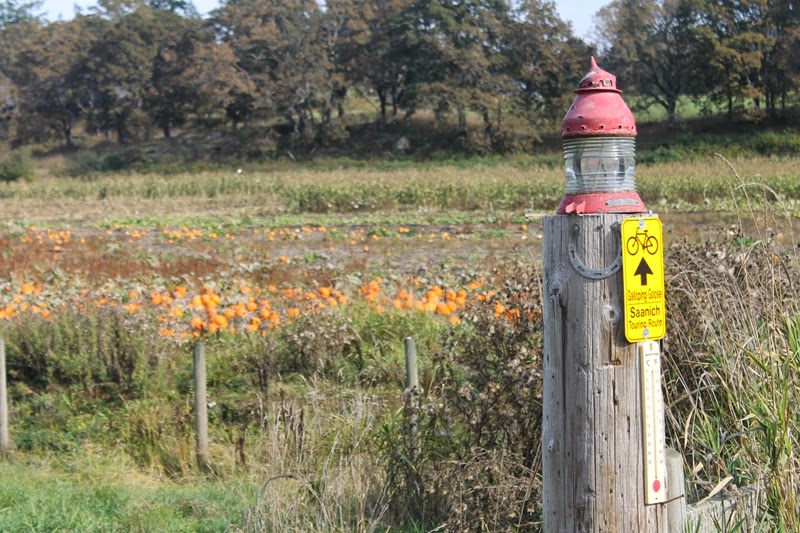 This lantern with a sign and another thermometer was on the other fence post... I just noticed the horse shoe! There is something interesting about the artless clutter of undesigned groupings of things. We then went off to Dan's Farm Market only to be greatly disappointed; it may be under new management but there was about half the amount of squash. There were a few large bins of squash, pumpkins, and gourds. We didn't buy anything. We left; were disappointed but things change.

We went to the Root Cellar, a large produce market where the prices are "dirt cheap" as the sign says and bought squash.

I went back to High Oaks Farm last week and bought 6 pumpkins for carving.

Check out some of my previous posts about our autumn excursions here, here, and here. 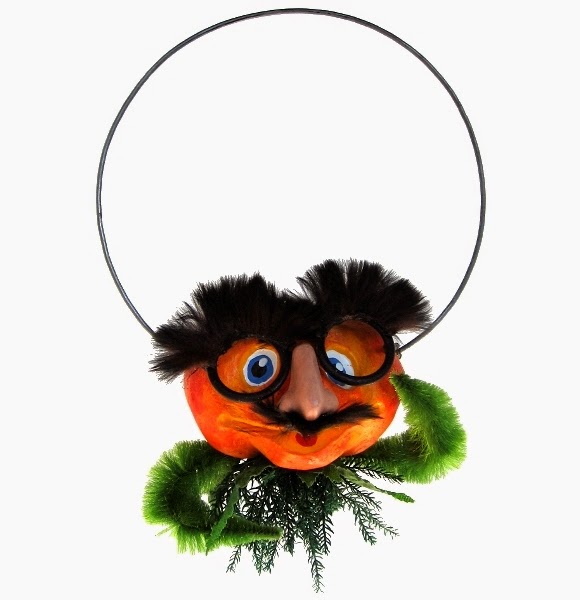 Don't for get to visit my Etsy shop, there lots of fun Hallowe'en items such as "Jack and His Big Nose Glasses".
Posted by Len at 11:31:00 AM