The day before Thanksgiving is filled with preparations. Outside of the cook and those who help with the clean up most people don't realize the amount of work that goes into Thanksgiving dinner. I have a few postcards that show the preparation of the wonderful dinner. It is a lot of work and it is wonderful. 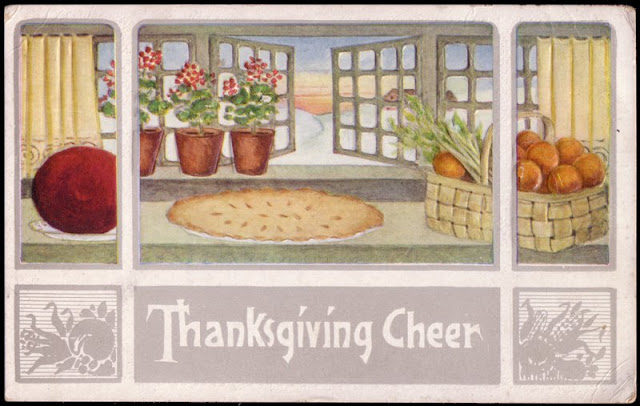 This card shows the pie. Hey, it's an apple pie! Where's the pumpkin pie? There would be mutiny at our house. I wonder what that big red ball on the plate to the left of it is; it might be a plum pudding sort of thing. 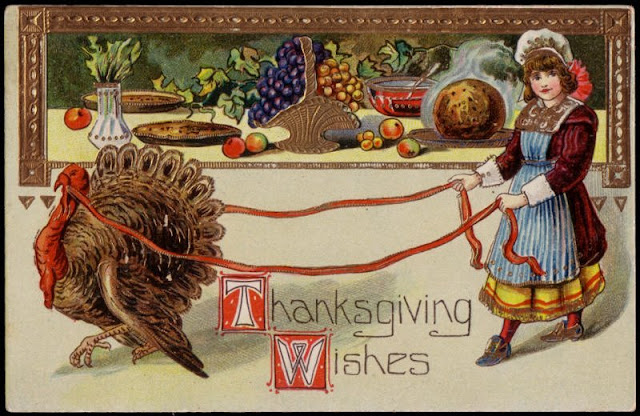 The maid is playing with the food. Maybe this is the family pet because it is too late to serve him for dinner. This card looks more like a Christmas postcard that has been had Thanksgiving greetings added to it, a very common practice at the turn of the last century. Who has plum pudding for Thanksgiving? There is still no pumpkin pie! 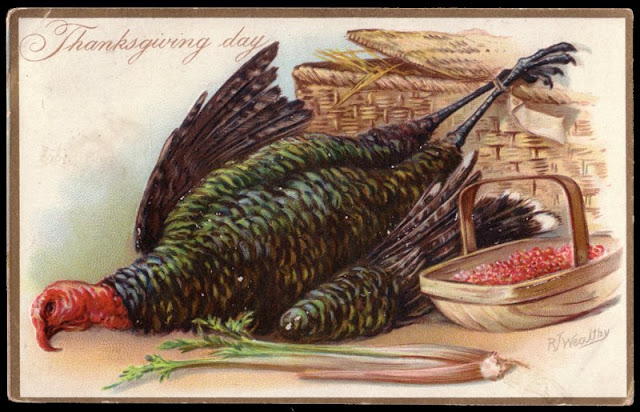 Now this is getting more like it: a dead turkey, not one prancing about with the help. The celery is there ready to be used in the stuffing, not at our house though; we use an Edwardian recipe for bread stuffing. I didn't realize that it was Edwardian until I traced the lineage of the recipe down the family tree. There is a trug full of cranberries ready to make cranberry sauce or jelly or both. A trug is a traditional English wooden carrier similar to a basket but made from strips of wood. 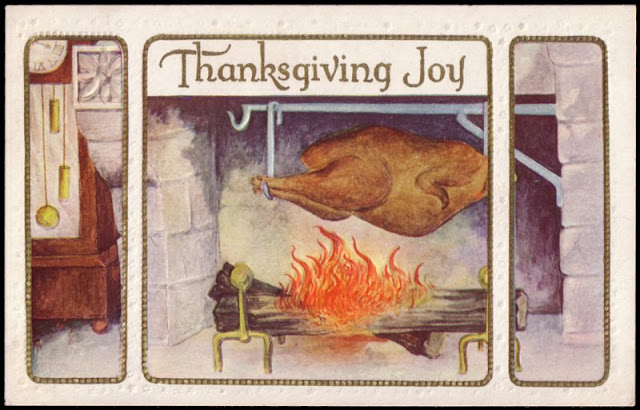 And finally we have "THE BIRD" or as the postcard refers to it as "Thanksgiving Joy" and if they aren’t referring to the bird I wish you “Thanksgiving Joy”.

I have to go now; today is a full day. We forgot to buy Brussels sprouts, so off to the store for those and the peas that were also left off of the shopping list. We weren't very organized for that last trip to the grocery store. I have to make pumpkin pies. There didn't seem to be any postcards with pumpkin pies in them but there will certainly be pumpkin pies for our Thanksgiving dessert.